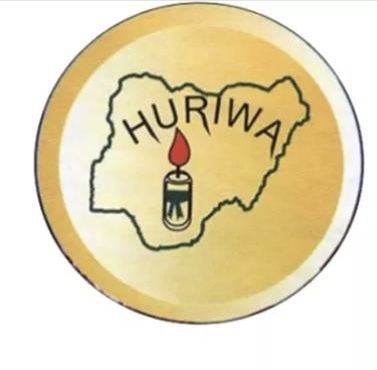 Specifically, Section 78 states that “The registration of voters and the conduct of elections shall be subject to the direction and supervision of Independent National Electoral Commission.”

HURIWA wonders why legislators in the National Assembly suffered from temporary amnesia and intellectual poverty by failing to remember that they lack the power to make a legislation that is at variance with the provisions of the 1999 Constitution just as the Rights group said that decision is null, void and if no consequences in law and practice.

Besides, the Rights group dismissed the failure of the National Assembly to pass the legislation authorizing both electronic voting and transmission of results electronically as the handiwork of electoral merchants whose intention is to perpetuate the classical electoral robberies that have characterized most previously conducted elections in Nigeria.

The Rights group said the crooked amendments amount to a breach of the international benchmark on transparent,  credible and accountable election even going by the protocols adopted by ECOWAS Heads of States because the process leading to the amendments lacked the buy-in of the prospective voters and all political stakeholders.

Also, HURIWA said the National Assembly members are so shameless to even admit publicly that telecommunication services lack network coverages in some constituencies of Nigeria even after two decades of the advent of the GSM Services.

“This is a show of shame which goes to show that for over two decades the National Assembly failed to make the NCC and Ministry of Communication to be accountable and transparent even with the humongous revenues that the nation ought to have made from licensing of multiple telecom providers since over two decades. What happens to the billions released for the upgrade of telecom infrastructures over the last two decades?.

“We think there is a game plan by the President retired military General Mohammadu Buhari and his political party the All Progressives Congress to self-perpetuate or to rig the 2023 election to supplant a political surrogate to the current president so as to cover his back to stop any kind of adversarial legal aid criminal investigations of their misrule”.

The National Coordinator, Comrade Emmanuel Onwubiko and the National Media Director, Miss Zainab Yusuf in a statement averred that HURIWA believes that the rejection of electronic transmission of results that was done by the National Assembly is for a criminal purpose and intent because the party has never won a clean, free, fair and peaceful elections since 2015 till date.

HURIWA said the office of the president, that of NCC and the Senate and Federal House of Representatives are colluding to ensure that there is no accountability and transparency in the 2023 poll.

HURIWA dismissed the statement on the issue of electronic transmission of election results by the National Communications Commission as an act of illegal intrusion into the jurisdiction of conduct of elections that is exclusively the preserve of INEC.

“HURIWA finds the statement by the Nigerian Communications Commission that barely fifty per cent of the nation’s 119,000 polling units have network coverage as a conspiracy of election racketeering gangsters. We totally condemn the Executive Commissioner, Technical Services, Maska Ubale, who stated this while fielding questions from lawmakers in the House of Representatives.

“We read that he says based on a 2018 report, 49.7 per cent of polling units in Nigeria are without a network. Responding to one of the lawmakers’ questions, Maska Ubale said Nigcomsat is not under the purview of the NCC. He said fifty percent has 2G and 3G network and 49.7 per cent with no network has only 2G. He also revealed that the 4G can work only where there is a 3G network. These affirmations from NCC is politically motivated and are part of a well-coordinated scheme by the All Progressives Congress and President Muhammadu Buhari to manipulate the 2023 election. Nigerians must wake up and denounce these plots to actualize electoral brigandage and vandalism by the All-Progressive Congress come 2023”.

HURIWA reminds the National  Assembly that their decision on the electronic transmission of results of elections which is against the popular will of the majority of Nigerians directly offends the Protocol on Democracy and Good Governance (A/SP1/12/01) which the Heads of State and Government of the Member States of the Economic Community of West African States (ECOWAS) endorsed as follows: MINDFUL of the ECOWAS Treaty signed in Cotonou on 24th July 1993, notably its Article 58; MINDFUL of the Protocol Relating to the Mechanism for Conflict Prevention, Management, Resolution, Peacekeeping and Security signed in Lomé on 10 December 1999; The following shall be declared as constitutional principles shared by all Member States: a) Separation of powers – the Executive, Legislative and Judiciary. Empowerment and strengthening of parliaments and guarantee of parliamentary immunity. Independence of the Judiciary: Judges shall be independent in the discharge of their duties.

The freedom of the members of the Bar shall be guaranteed; without prejudice to their penal or disciplinary responsibility in the event of contempt of court or breaches of the common law.

b) Every accession to power must be made through free, fair and transparent elections.

d) Popular participation in decision-making, strict adherence to democratic principles and decentralization of power at all levels of governance.

f) Secularism and neutrality of the State in all matters relating to religion; freedom for each individual to practise, within the limits of existing laws, the religion of his/her choice everywhere on the national territory. The secularism shall extend to all parts of the State, but shall not deprive the State of the right to regulate, with due respect to human rights, the different religions practised on the national territory or to intervene when law and order break down as a result of any religious activity.

g) The State and all its institutions belong to all the citizens; therefore none of their decisions and actions shall involve any form of discrimination, be it on an ethnic, racial, religious or regional basis.

h) The rights set out in the African Charter on Human and Peoples’ Rights and other international instruments shall be guaranteed in each of the ECOWAS Member States; each individual or organization shall be free to have recourse to the common or civil law courts, a court of special jurisdiction, or any other national institution established within the framework of an international instrument on Human Rights, to ensure the protection of his/her rights. In the absence of a court of special jurisdiction, the present Supplementary Protocol shall be regarded as giving the necessary powers to common or civil law judicial bodies.

i) Political parties shall be formed and shall have the right to carry out their activities freely, within the limits of the law. Their formation and activities shall not be based on ethnic, religious, regional or racial considerations. They shall participate freely and without hindrance or discrimination in any electoral process. The freedom of the opposition shall be guaranteed. Each Member State may adopt a system for financing political parties, in accordance with criteria set under the law.

j) The freedom of association and the right to meet and organize peaceful demonstrations shall also be guaranteed.

k) The freedom of the press shall be guaranteed.

1. No substantial modification shall be made to the electoral laws in the last six (6) months before the elections, except with the consent of a majority of Political actors.

2. All the elections shall be organized on the dates or at periods fixed by the Constitution or the electoral laws.

3. Member States shall take all appropriate measures to ensure that women have equal rights with men to vote and be voted for in elections, to participate in the formulation of government policies and the implementation thereof and to hold public offices and perform public functions at all levels of governance.

HURIWA, therefore, threatened to mobilize Nigerians for a national protest if the National Assembly fails to rescind their unconstitutional decision within 7 days.