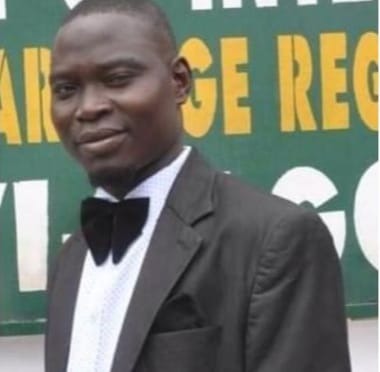 A married man, Abiodun Jimoh, who is said to be the father of three children has been shot dead in Rivers State and his brother claims he was killed by a police officer over bail money.

It was gathered that Jimoh who died on Friday, December 18, was an Onne-based Intels staff from Kwara state.

According to PM News, his brother, Ismail Jimoh said police officers on patrol stopped them while they were on a motorbike going back to the house on Friday 18 December 2020.

Ismail said the police officers searched him and his brother and saw nothing incriminating. They only had on them their ID cards and iPhone and other handsets.

They were taken to the Station. When they reached the station, one of the police officers asked them to bail themselves, despite police authorities saying “bail is free”. Ismail said his brother pleaded with the officer that they had only N1,500 left.

Ismail alleged that the police sergeant, attached to Elelewon Police Divisional headquarters at Obio-Akpor LGA of Rivers State, began to beat his brother in front of the Police station.

As the alleged beating continued, he said he heard two gunshots. When he turned back, his brother was lying on the floor, in pains.

According to Ismail, he and the other Police Officers took his brother to three different hospitals, but they refused to attend to him.

He said that on the morning of 19 December, he went back to the Elelewon station with his brother’s wife and was told his brother has died.

Ismail called on well-meaning Nigerians to ensure justice is served. Azeezat Omolara Jimoh, wife of Abiodun Jimoh wept uncontrollably while speaking to Journalists. She said that her husband was killed for no reason and she wants justice.

A human rights activist, Prince Wiro, called on the Commissioner of Police, Joseph Mukan, to immediately open an investigation into the incident and prosecute any of his officers found culpable.