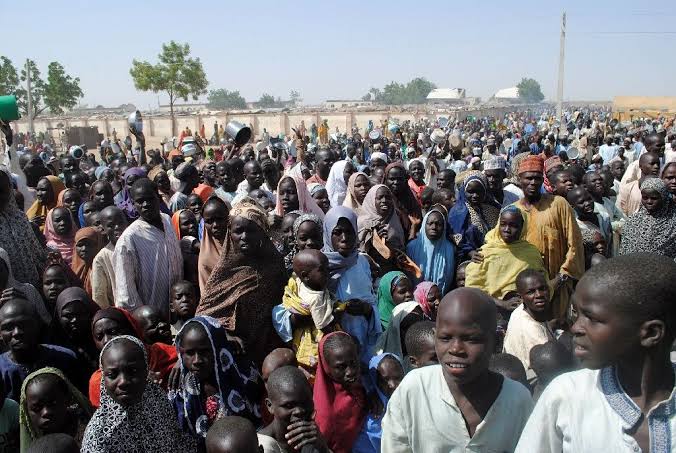 The Federal Government handed over 1,000 housing units to Borno Government for distribution to Internally Displaced Persons (IDPs) on Thursday, in Ngwom village of Mafa Local Government Area of the state.

According to News Agency of Nigeria (NAN), the houses constructed through the North East Development Commission (NEDC) were part of the 10,000 Housing Scheme initiated by President Muhammadu Buhari’s administration.

“As part of the exercise of the SPIB, the NEDC undertake the construction of the first 1,000 houses from its own resources and fund the equipping of the technical and vocational skills centres around the state at an estimated cost of N2 billion.

“The 1,000 houses consist of blocks of four units of two-bedrooms bungalows with veranda and court yards in clusters arrangement.

“Each block sits on 400 square metres with perimeter fence and ample space for other home activities.

“The following socioal and economic facilities are also provided in the estate: Solar-powered street lights, four industrial solar-powered boreholes, planting of over 3,000 economic trees as well as provision for school, market, police station and motor park..

“In the spirit of building back-better, we are today delivering a Ngwom town instead of a village as it was before,” he said.

Governor Babagana Zulum lauded the Federal Government for its support to the state, describing the gesture as “timely.”

Zulum said the gesture would fast track diginify ressettlement of IDPs back to their ancestral homes.

Court sentences Woman to 10 years Imprisonment for defiling girl with...