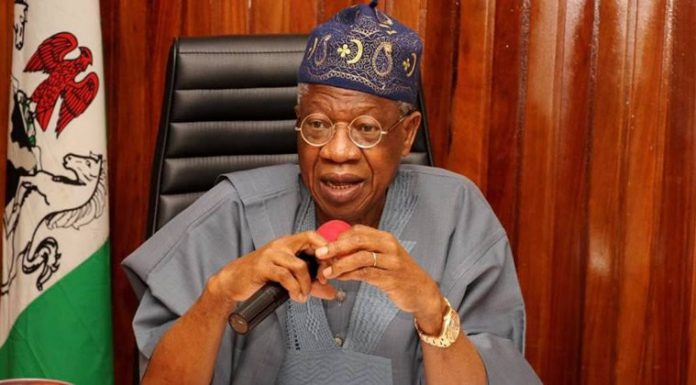 The Minister of Information and Culture, Lai Mohammed, stated that the ban on microblogging site, Twitter, will be lifted soon.

According to Lai Mohammed, the engagements with the team from Twitter have been productive, and that they have agreed to open an office in Nigeria.

“The end for amicable resolution is very much in sight. We appreciate the patience of Nigerians. I want to assure you that we have made very tremendous progress. We have met with Twitter both physically and in writing. We are actually almost there.

The engagement has been extremely positive without any acrimony. We have made it clear what we want from Twitter.” he explained.

He said the Twitter team have also agreed to have a Country Representative that will serve as a liaison and must register with relevant regulatory agencies including the NCC.

“They (Twitter) have shown a lot of flexibility, the conversation has not been acrimonious,” Mohammed said.

Meanwhile, the Federal government had on June 4 suspended Twitter operations in Nigeria after the management of the micro-blogging site deleted tweets made by President Buhari who had threatened to treat members of the Indigenous People of Biafra (IPOB) in the language they understand.