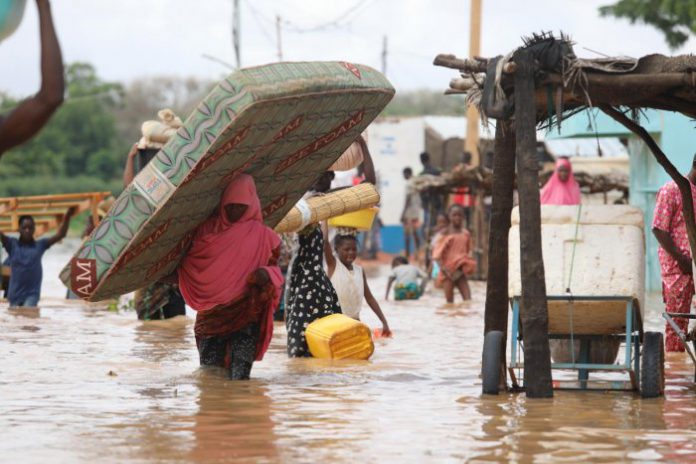 The Kano State Emergency Management Agency, SEMA, stated that 95 farms and property worth N1.5 billion, have been destroyed by flooding in eight Local Government Areas of the state.

Dr Sale Jili, the Executive Secretary of the agency, made this known in Kano on Sunday.

Mr Jili said that the Nigeria Meteorological Agency, NiMet, had earlier predicted flooding in 25 LGAs of the state due expected heavy rainfall.

“About 26 persons were killed 2,026 houses destroyed, 95 rice farms washed away and 19 persons injured due to flooding in the state,” he explained.

“We have visited Bunkure, Minjibir, Tarauni and Doguwa to distribute relief materials to the victims as a measure to alleviate their sufferings.

“The items distributed include food items, bags of cement, roofing sheets, mats and blankets,” he said.

Mr Jili disclosed that the agency had deployed personnel to Tudun Wada LGA which was badly affected by the disaster to assess the damage to enable it develop comprehensive data.

He said that the State Government in collaboration with the Federal Government has setup an Internally Displaced Persons, IDP, camp furnished with mattresses and beddings for flood victims that can accommodate over 700 persons.

Mr Jili advised residents of the state to report any disaster to their ward heads and warned them against dumping of refuse on waterways and clear their drainages to avert flooding.