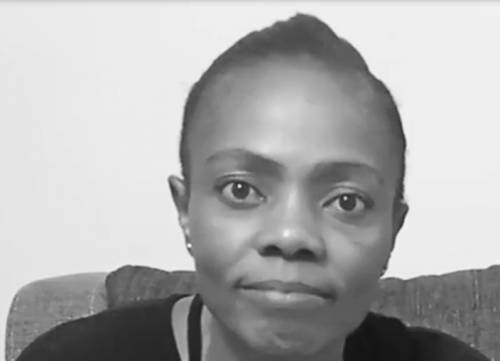 A former domestic worker identified as Anthonia Uchenna, who worked at the house of the former Minister of Aviation, Femi Fani-Kayode, recounted how the latter once beat up his mother-in-law.

Uchenna, who was a nanny at the former minister’s house disclosed that he beat up his in-law after she queried him for beating and stripping his wife naked.

According to her, whenever he is furious, he beats up domestic workers, including her (Uchenna), strips them naked and sends them out of his house.
She explained that the two years of service at Fani-Kayode’s house was filled with torture, threats and maltreatment which explains why she resigned from her appointment as a nanny.

She stated, “My name is Anthonia Uchenna, a former nanny at Femi Fani-Kayode’s house. I started working with him in 2017 through 2019. I experienced many things at FFK’s house, the way he handles his staff. Let me use myself as an example. Mine started the day the man paid salary in 2019 August, he paid me my salary and later sent someone to call me down to the kitchen.

“I came to the kitchen and then he asked me why the kitchen is in disarray, I told him he had not employed me as a kitchen worker or chef but as a nanny. I told him I had no job in the kitchen. He then asked me to return the money I signed as my salary, I gave it to him.

“He seized it and I said this is not the first, second or third time, why does he do this every time? He said if I talk, he will throw me to the dog, they’ll beat me up and everything so I got angry, went back upstairs to pack my bags that I don’t want to work again but I want to leave.

“While I was discussing with the bodyguards, he told those ones to hold me down and not allow me to leave, he (FFK) came downstairs, tore my clothes, stripped me naked and pushed me outside the gate, I was there for 24 hours naked.

“He later sent a policeman to come and pick me. There’s one guy, a gateman that gave me a ‘polo’ (T-shirt), I don’t know if he’s still working there.

“The DPO (Divisional Police Officer) said they don’t want to see FFK’s staff anymore so the policeman took me back there to FFK’s house, I was there for another 24 hours, asking them to give me my bag, he refused.

“Every morning, Madam (his ex-wife) commanded that we should be taking his son to FFK’s room every morning to greet his father. When you get there, Fani-Kayode will press your buttocks, breasts and I told him I don’t want that. Even the small boy will say ‘Daddy don’t do that to my Aunty’ then he will push me away and say I am disgusting and everything. That if I tell Madam anything, he will connive with her to do me evil.

”What surprised me was, one day, FFK beat madam and stripped her naked, Madam’s mother was like, in-law what is it? He beat the woman too.”

“Nigeria isn’t working because people are recruited based on sentiments” –...