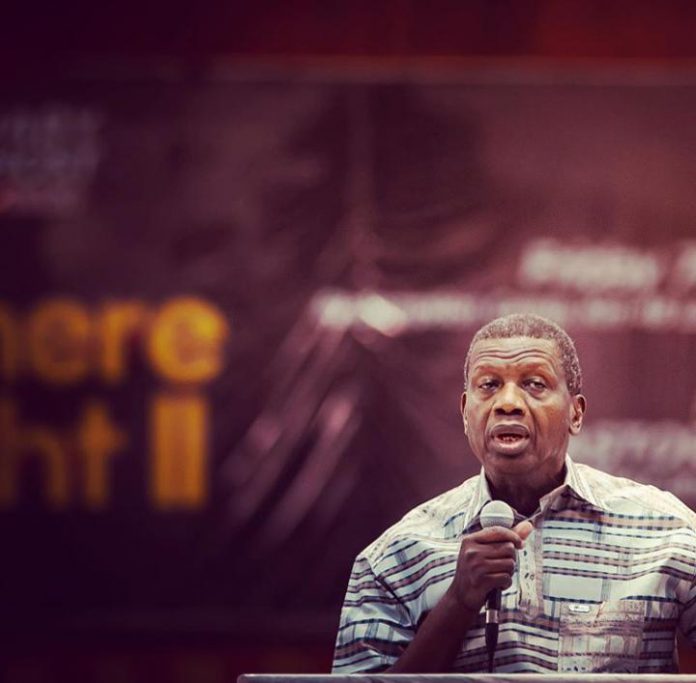 The General Overseer of the Redeemed Christian Church of God, Pastor Enoch Adeboye, has urged the Federal Government to restructure Nigeria “as soon as possible” or risk its collapse.

The renowned cleric said this at a 60th Independence Day Celebration Symposium, which was organised by the Redeemed Christian Church of God in partnership with the Nehemiah Leadership Institute on Saturday, October 3.

“At the state level, you have the governor and the premier, and the same way, you distribute responsibilities between these people in such a manner that one cannot really go without the other. Maybe we might begin to tackle the problems,” Adeboye said.

The general overseer also added that traditional rulers must be brought back to the forefront of governance.

He explained, “If we are going to adopt the model, then we need to urgently restore the House of Chiefs. I have a feeling that one of our major problems is that we have pushed the traditional rulers to the background and I believe that is a great error particularly for a great country like Nigeria.

“The traditional rulers are the actual landlords, they control the respect of their people. Their people will listen to them much more, I am sorry to say than they will listen to some politicians.”

He concluded by stating that, “Without any doubt, we must restructure and do it as soon as possible. The United States of Nigeria is likely to survive than our present structure.”