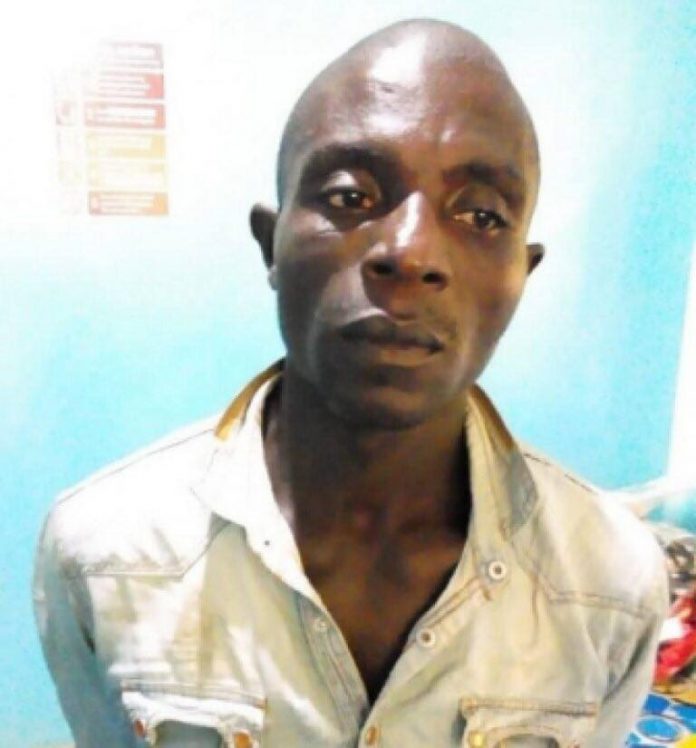 A 38- year old Ghanaian man identified as Gali Galo has been arrested for allegedly beating his wife, Beatrice Logosu, 34, to death over suspicion of infidelity.

The suspect, who is a fisherman, was apprehended by the police in Denu, the capital of Ketu South Municipal, after he secretly sent the victim’s body for preservation at the mortuary of the Hosanna Clinic at Agbozume.

The police also arrested the mortuary attendant, William Gbeke, 36, for complicity in the crime.

The police was said to have been called upon by their neighbours. Thereafter, a follow up to the morgue was done and an inspection of the body revealed bruises and contusions on the body, with blood oozing from a broken jaw.

Sergeant Prince Dogbatse, the Volta Regional Police Public Relations Officer, who confirmed the incident on Tuesday, March 30, said the couple’s neighbours at Akame reported hearing the couple in an altercation around midday last Saturday. Galo is said to have accused his wife of infidelity.

The neighbours said they attempted to intervene but the suspect’s hostile attitude and his threats to kill anyone who came near made them pull back.

According to them, Galo kept assaulting his wife deep into the night and they woke up the next morning only to hear that the victim had died.

A report was lodged at the Denu Police Station and the suspect was traced to the Hosanna Clinic mortuary where he had secretly sent the victim’s body for embalmment. The suspect and mortuary attendant were consequently arrested.

Sgt Dogbatse explained that Gbeke was arrested based on his unethical and unprofessional conduct.

“Gbeke had a duty to inform the police about the bruises, contusion and blood that was oozing from the broken jaw of the deceased, but was compromised into getting the body embalmed,” he stated.