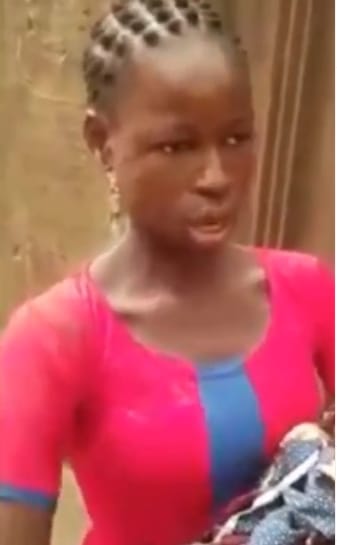 A young girl has been nabbed after she allegedly gave a baby bleach to drink.

The girl who was identified as Mmesoma, said she was promised N20k by one Chisom to carry out the act.

According to her, Chisom promised to give her the money after the baby has been confirmed dead.

Mmesoma revealed that she knows the baby’s mother but denied doing same thing to other babies under her care in the past.

Ghanaian Man caught while attempting to kill his Nephew for Money...