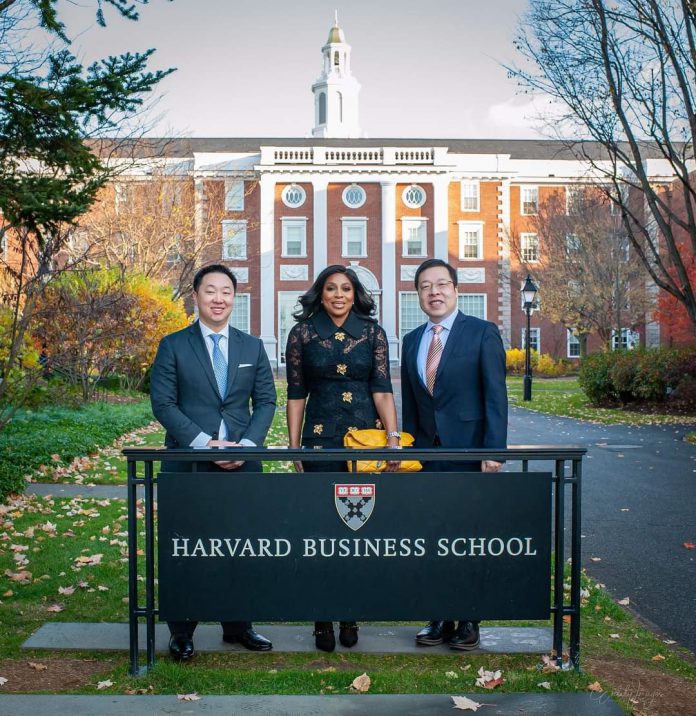 Mosunmola Abudu, popularly known as Mo Abudu announced that Harvard Business School has integrated EbonyLife as a case study to be taught to all first year students in the institution.

She made this known via her Facebook page, stating how happy and honoured she felt to be at Harvard Business School to share the EbonyLife story.

“For the first time in history, a case study about a media company led by a female, African entrepreneur will be taught at Harvard Business School (HBS) to over 1,000 MBA students, as a part of the Required Curriculum Classes that all first-year students must take.

“This is The HARVARD BUSINESS SCHOOL – EBONYLIFE CASE STUDY.

“It’s been about a year in the making, in partnership with Harvard Business School professors and their research department, ” she stated.

According to her, this recent development happened just at the right time, as EbonyLife will be ten years next year.

“EbonyLife turns ten next year, so the case study reflects on how we started and where we are today. It also reflects on many of the challenges we have had along the way and the consequences of some of the decisions we took.”

EbonyLife as an entertainment channel is known to be the first African media house to sign a deal with Netflix.

EbonyLife has over the years produced intriguing movies such as: The wedding party 1&2, Chief Daddy, Oloture, The Royal Hibiscus Hotel and Fifty among others.

Support 2022 budget to help get our youth into entrepreneurship –...