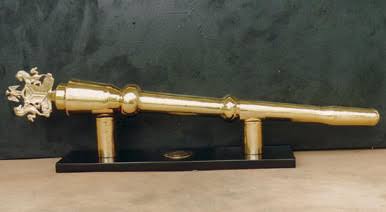 Suspected hoodlums have stolen the mace in the Ogun State House of Assembly on Thursday.

This was confirmed by the Ogun State Police Spokesperson, Abimbola Oyeyemi who stated that the mace was stolen in an attack at the Ogun State House of Assembly on Thursday.

While informing journalists of the incident, he said “Hoodlums broke into the assembly through the ceiling and removed the official mace of the house.

“That is why the Commissioner of Police, Edward Ajogun, had to go there for on the spot assessment.

“Now, the head of the mace has been recovered and investigation has commenced.”

“The CP has directed the State Criminal Investigation and Intelligence Department to take over the investigation.”

“We are getting some clues on the perpetrators of the incident and very soon we will arrest everyone that partook in that dastardly act.”

“No arrest has been made but the investigation has commenced,” he said.

4 Dead, 6 In Intensive Care After Consuming Adulterated Wines In...