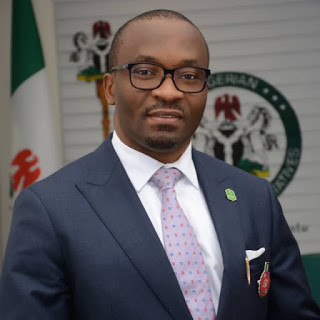 The spokesperson of the House of Representatives, Benjamin Okezie Kalu, disclosed that the lower chamber of the National Assembly is set to legalize the use of Indian Hemp in Nigeria for economic benefit.

This announcement was made at a press conference on the benefits and opportunities of Cannabis in Akure, Ondo state.

According to Kalu, the House of Representatives has concluded an arrangement to organize a two-day stakeholders roundtable on the benefits of the weed that will be attended by scientists, medical and pharmaceutical professionals, farmers, insurance companies, executives, and private sector investors. He said the roundtable is scheduled to hold between June 7 and 8.

He explained that countries such as South Africa and others are currently reaping high revenue from cannabis which they export to other countries.

“Nigeria has been described as oil-dependent and not oil-rich. It is a worrying reality that we have not optimized the financial stability advantage that our oil reserves can provide us to diversify our collective investment and revenue sources.

“The coronavirus pandemic exposed our weaknesses when global oil prices plummeted by as much as 15 per cent even falling below $0 a barrel on 20 April 2020.

“According to the consultancy firm Prohibition Partners, by 2023, the value of Africa’s legal cannabis market could be worth over USD 7.1 billion.

“Based on recommendations by the World Health Organization (WHO), the United Nations (UN) voted to remove Cannabis from schedule IV of the 1961 Single Convention on Narcotic Drugs, and reclassified it as medicinal and therapeutic, on December 2, 2020. Several countries have legalized medicinal and industrial hemp and other African countries are moving to do the same.”

Igbo People can’t Unite for Presidency yet talk about Biafra –...