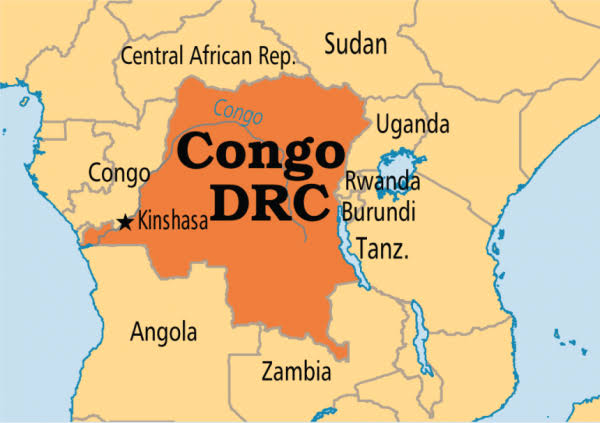 The International Crisis Group [ICG] on Wednesday have revealed that violence in DR Congo’s northeastern province of Ituri has in total claimed nearly 1,000 lives and caused around half a million people to flee their homes.

In the report by the ICG, a call was made on President Felix Tshisekedi’s government to “negotiate the surrender” of Lendu militias, as part of a broader dialogue between the two communities and others also suggesting a four-party summit, bringing in the DRC with Angola, Rwanda and Uganda, to “help address the conflict’s regional dimensions.”

The latest unrest has worrying ramifications for the notoriously troubled east of the Democratic Republic of Congo, and for neighbouring Rwanda and Uganda, which played an important role in the 1999-2003 conflict, the ICG said in a report.

“Since December 2017, violence in the province of Ituri… has left nearly 1,000 people dead and half a million displaced,” the ICG said.

So far, Lendu leaders have distanced themselves from the militias, and the Hema have not mounted systematic reprisals, it said.

However “they (the Hema) do not rule out mobilising their youth if attacks continue,” it said.

“Young Hema have organised into self-defence groups and erected roadblocks in Ituri, which should be seen as a forewarning of the risk of ethnic confrontation.”

Nollywoodd actress reacts to the cost of egg, prays for Nigerians

Ugandan Couple caught having Sex on a busy road, sentenced to...