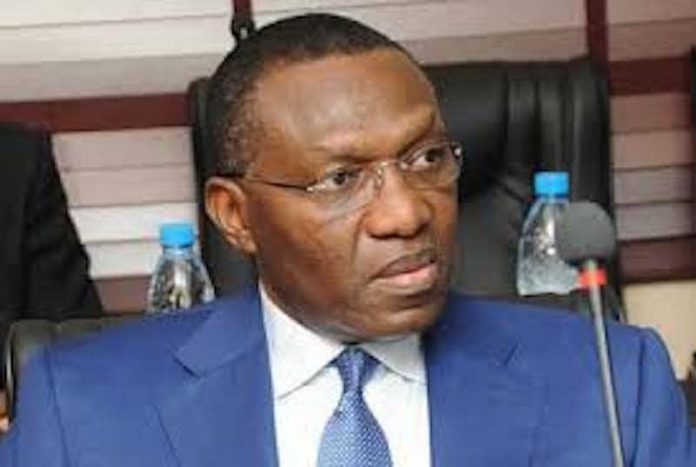 As the governorship election in Anambra State draws near, an aspirant on the platform of All Progressives Congress (APC), Senator Andy Uba has promised to tackle the rising stem of attacks on security agencies by unknown gunmen if elected.

Uba decried what he described as “politics of blackmail” amongst governorship contenders, advising that campaigns should be issues’ based.

He spoke to reporters at the ongoing 11th Synod of the Anglican Diocese of Abuja, noted that: “As a frontline governorship aspirant, I’m worried by the spate of attacks by unknown gunmen on security agencies in Anambra, especially police stations.

“The world over, the police is the primary agency through which government maintains law and order. We say that we are under-policed, yet unknown gunmen are attacking the few policemen we have. This is one issue my administration will tackle to prevent people from resorting to turning Anambra into a lawless state”.

Uba, who was a former chairman of the Senate Committee on Interior, said he is aware that the three tiers of government are jointly responsible for the protection of life and property, and challenged the state governments to rise to the challenge.

“Just as the governor is in charge of the disbursement of all the monies coming into a state, so also is he responsible for the welfare of the citizens in his system. That’s why I have a watertight strategy to address the issue of u known gunmen troubling Anambra State,” he stated.

On reports that he secretly married former Abia federal lawmaker, Hon. Nnenna Elendu- Ukeje, Uba dismissed the report as a wicked fabrication by his political opponents.

“My family and the entire Ukeje family have been close for over 20 years. I was therefore shocked to read that I secretly married Hon. Nnenna Ekendu-Ukeje. The publisher has realized he was misled, called to apologise, and put up a disclaimer.

“My lawyers insist we sue, but I can’t go about suing every Tom, Dick, and Harry simply because somebody paid them to do a hatchet job. I know the politician who sponsored the media attack, but this is not what Anambra needs at this time,” advised the politician.

“We should run issue-based campaigns that would bring out the best in us. Anambra that used to pride herself as Light of the Nation is now struggling. This is the dream of our founding fathers. We should discard politics of blackmail and seek ways to improve the lot of the average Ndi Anambra,” he declared.