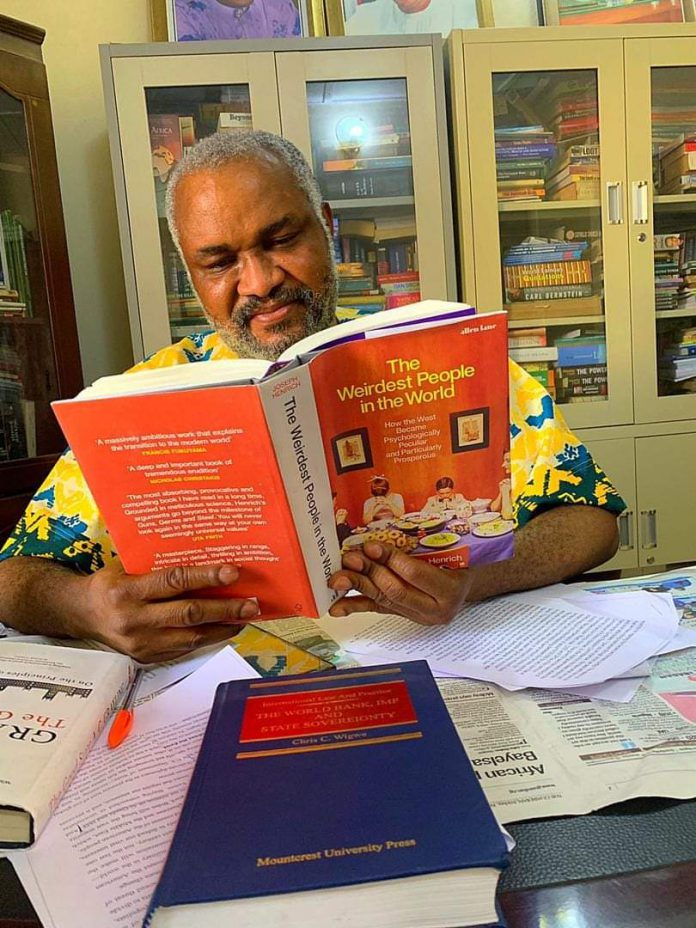 The Rights group which alleged that there are suspicions that some elements embedded within the Federal government may have a hand in these frequent attacks against Igboho, also condemned the Police and other security forces for always looking the other way each time such premeditated attacks occur even as the security forces failed to apprehend suspected armed Fulani herdsmen who continued to launch daring attacks on communities in the South West.

In a statement signed by the National Coordinator, Comrade Emmanuel Onwubiko, the Rights group said it is clear that the Federal government has continued to maintain conspiratorial silence to the cacophony of threats against Sunday Igboho from the Miyetti Allah Cattle Breeders Association just the same way the President has so far not arrested the real killers of thousands of farmers even as the Rights group accused the administration of playing the game of Armed Fulani herdsmen.

“Sunday Igboho is definitely a marked man especially within the circle of the officials in the office of the President who are sympathetic to Miyetti Allah Cattle Owners Association that backs armed Fulani terrorists.”

The Rights group which strenuously condemned the frequent physical attacks on Sunday Igboho also accused the police of impartiality by the fact that the police detained for a month, the ethnic Yoruba vigilante operatives (Amotekun) who arrested and handed over to police the kingpin of the armed Fulani attackers Iskilu Wakili.

Speaking specifically on the most recent attack on Sunday Igboho during which his wife was kidnapped and 7 of his supporters killed in his residence, the Rights group blamed the federal government for pampering armed Fulani herdsmen and Miyetti Allah who make open threats against the Yoruba activist and anyone who is against the mass killings by armed herdsmen.

HURIWA recalled that the wife of Yoruba rights activist, Sunday Adeyemo aka Sunday Igboho, has been abducted by gunmen in Army uniform who attacked his house in the early hours of Thursday.

This is according to the leader of the umbrella body of Yoruba self-determination groups, Ilana Omo Oodua, Emeritus Professor Banji Akintoye.

He said this in a statement personally signed by him and made available to newsmen by his Communications Manager, Mr Maxwell Adeleye.

According to the Communications Manager, Akintoye alleged that “the assailants were all dressed in military uniform and spoke the French language fluently.”

He further said that “the gunmen killed seven occupants in the building and whisked Igboho’s wife and several others away.”

The incident happened 72 hours to the Yoruba Nation rally slated for Saturday in Lagos which will be attended by Akintoye and Igboho.

The Rights group has therefore called for the unconditional release of the kidnapped wife of Sunday Igboho and the arrest, prosecution and sanction of all the attackers and kidnappers including the armed Fulani attackers of Igangan town.

Library of Alexandria: A Lost Millennium of Knowledge

Baba Ijesha’s lawyer speaks on reasons his client is still in...