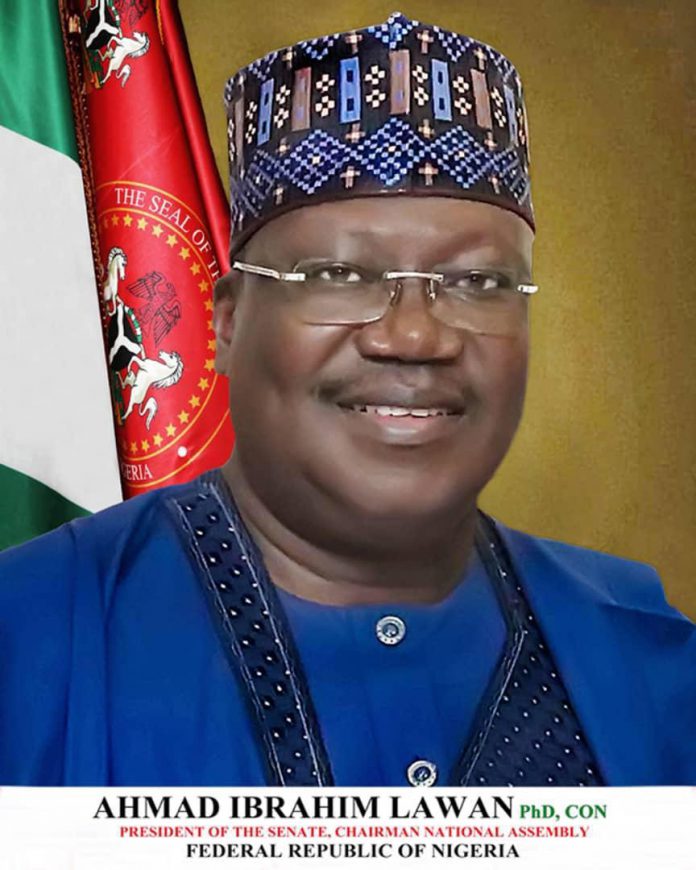 The Office of the President of the Senate has noted a tweet by one Cmr Mayor attributing a fabricated statement to the Senate President, Ahmad Lawan.

In the mischievous tweet, the Senate President was quoted as saying he “won’t mind a constitutional ammendment to allow unlimited term of office for President if President Buhari wishes to remain in office beyond 2023.”

Our iniial reaction was to ignore the ignoble mischief especially since it is not new, having been posted two years ago on 27 March 2019.

But because the tweet has been trending again on social media, it becomes necessary to issue a formal rebutal of its purport.

We therefore say categorically that the Senate President has never made any such statement, before or after 2019.

The 1999 Constitution has a firm position on the tenure of the President that reflects the popular stand of Nigerians.

Section 137(1)b states as follow: A person shall not be qualified for election to the office of President if (b) he has been elected to such Office at any two previous elections.

The Senate President has never found anything wrong in that provision of the Constitution and has always stood firmly by it.

It bears recalling that Lawan was a member of the National Assembly when in 2006 it threw out an attempt to amend that section of the Constitution and elongate the tenure of the President. The National Assembly acted then in obedience to the overwhemingly popular desire of Nigerians.

It is therefore ludicrous to imagine that Lawan would ever be in the vanguard of any such misadventure that is again certain to fail if ever pursued again.

The Senate President stands by the well-considered and roundly appreciated provision of the Constitution on the issue and will never subscribe to any move to amend it.

We therefore enjoin members of the public to ignore the old fabricated statement mischieviously attributed to the Senate President and now being circulated by mischief makers.

Download tons of apps on HUAWEI Y9a with AppGallery and Petal...

Defamation Lawsuit: Toke Makinwa’s Ex-husband to get 1M in Damages