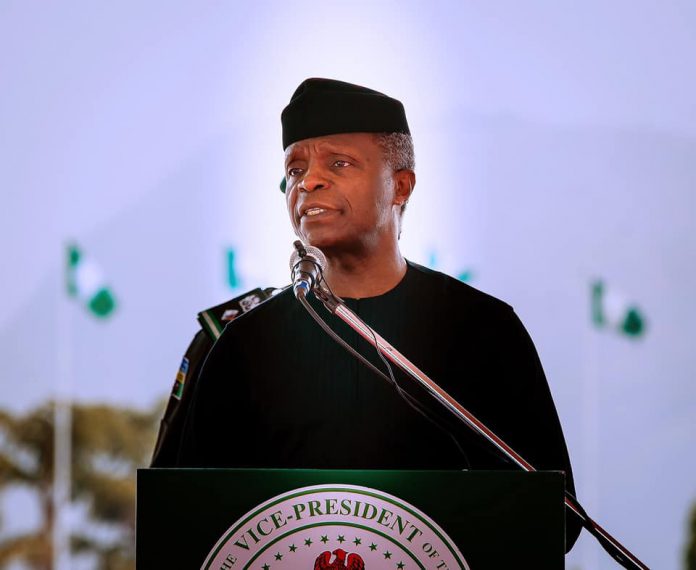 Vice-President Yemi Osinbajo has urged those clamouring for the breakup of Nigeria to have a rethink as they may need visas to travel to places like Kano state.

The Vice President stated this when he spoke at the 12th Bola Tinubu colloquium held in commemoration of the APC National leader’s 69th birthday in Kano on Monday, March 29.

The Vice-President, who was the special guest of honor at the event, disclosed that the initial plan was to hold a completely virtual event but Governor Abdullahi Ganduje of Kano State offered to host a physical event that would run alongside the virtual one on Zoom.

“For the purveyors of breaking up into small components, into small countries, perhaps they should be reminded that we would not have been able to accept Governor Ganduje’s offer to come to Kano at a short notice since we would all have needed visas to come to Kano” Osinbajo said.