In an attempt to tackle the recent hike in gender and disability-based violence in Nigeria, the Inclusive Friends Association (IFA) has raised youth advocates at the third cohort fellowship of the ‘Amplifying Voices’ project.

The project, supported by the Ford Foundation, is aimed at building and improving a network of youth with disabilities to “innovatively address incidences of gender-based violence against women and girls with disabilities across the country”, according to a press statement by the organization’s Executive Director, Grace Jerry.

The release further disclosed that two candidates were selected from two states in each geopolitical zone in Nigeria with the record of highest GBV during the pandemic.

“The rationale for this methodology is that Advocates will be more comfortable engaging in a familiar terrain, and their audience will be more attuned to accept the message which will result in a paradigm shift from what was hitherto obtainable to what we hope things could be like”, M.s Jerry said. 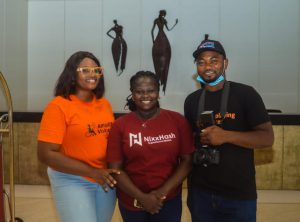 “Having equipped them with the right knowledge, skill set, and attitude change, the Advocates were launched into the society to begin to step down training and advocacy in their respective states.”

“Feedbacks from their activities were shared in linking and learning sessions organized solely for that purpose. The advocates carried out several activities ranging from online and print publications to Radio/Tv appearances, community and faith-based sensitization, advocacy visits to traditional and political leaders as well as to various tiers of educational institutions, and these engagements are documented accordingly”, she added.

She, however, blamed indifference from the law enforcement agencies and other members of society as a factor in the increase of disability-based violence. She also mentioned that poverty, ignorance, and illiteracy are contributing factors in the societal menace.

In her recommendations, Olawunmi Okupe -the organization’s Programme director- called for measures to be taken to combat disabilities based violence.

She emphasized the importance of societal enlightenment on Disability based Violence in society. She also urged media outfits along with security agencies to contribute towards ensuring a safe living atmosphere for people living with disabilities.

She said, “Capacity of Law enforcement Agencies should be built on disability issues to eradicate attitudinal, physical or systemic barriers that persons with disabilities face when trying to access their services.”

“Media outfits should take it upon themselves as part of their Corporate Social Responsibility to report issues of persons with Disabilities to enlighten the public.”

“Make them more aware and concerned with issues of persons with disabilities such that they no longer stigmatize a survivor of any form of violence or their family, and can stand up and speak up for them from now on”

Ms. Okupe further added that government should strengthen social protection systems and mainstream such programs to cater to the needs of persons with disabilities.

WATCH: ‘They are stealing all the robots’ – Traffic light vandalism...