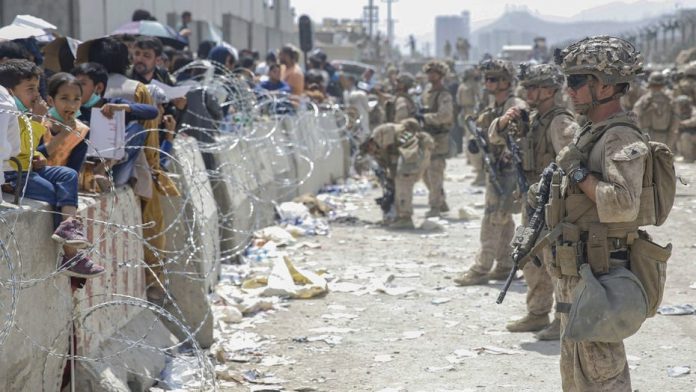 The US military is reportedly creating “alternative routes” to Kabul airport because of a threat the terror group ISIS-K poses to the airport and its surroundings.

ISIS-K is a self-proclaimed branch of the terror group, ISIS, that first emerged in Syria and Iraq. While ISIS-K share similar ideology and tactics with ISIS, the depth of their relationship with regards to organization and command and control has never been entirely established.

According to a report by CNN two US defense officials were cited saying the military effort to establish “alternative routes” for people to get to Kabul airport and its access gates will be available to Americans, third party nationals and qualified Afghans.

The report also noted that the Taliban, who claim to be sworn enemies against ISIS are aware of the new effort and are coordinating with the US.

Biden and his national security team met in the Situation Room on Saturday morning to discuss “the security situation in Afghanistan and counterterrorism operations, including ISIS-K,” the White House stated.

Video Vixen accused of having affair with Adekunle Gold reacts