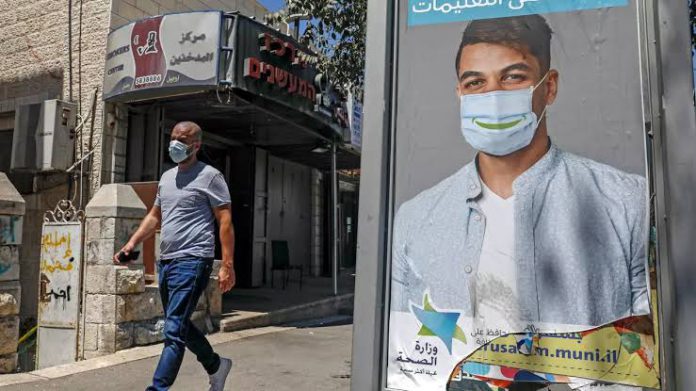 Benjamin Netanyahu, the prime minister of Israel announced during a press conference that a new nationwide lockdown will be enforced as a result of the surge in coronavirus cases.

Part of the precautionary measures taken to reduce the rise in infection rates is the closure of schools, restaurants and hotels among other businesses. There will also be restrictions on movement for the Israelis.

The lockdown which is to take effect on Friday, September 18, will also affect the Jewish High Holiday season.

Netanyahu in his statement said, “Our goal is to stop the increase (in cases) and lower morbidity. I know that these steps come at a difficult price for all of us. This is not the holiday we are used to.”

The country has had more than 150,000 confirmed cases of the coronavirus and more than 1,100 deaths. Israel, which has a population of 9 million now has one of the world’s worst outbreaks. Currently, it is discovering more than 4,000 cases daily.

According to the statement, the lockdown will last for at least three weeks, at which point officials are expected to relax measures if numbers are seen declining.

The strict precautionary measures marks the second time Israel would declare lockdown for its citizens after a long shutdown in the spring. The first lockdown was very effective as it resulted in a much lower infection numbers. It however, wrecked havoc on the economy of the country, increasing the rate of unemployment.

Isreal received praise for the way the coronavirus was initially handled. It appeared that their actions during the first lockdown reduced infection rate.
However, they have received criticism for opening businesses and schools too quickly and allowing the virus to spread unchecked.

In defence of his actions, Netanyahu affirmed that the economy of the country emerged in a better state than some other developed countries the first time lockdown was declared. He added that even though the cases were high in the country, the mortality rate was lower compared to other countries with similar outbreak.

The Finance Ministry said the lockdown will be detrimental to the economy, which slipped into a recession in the wake of the virus, an estimated 6.5 billion shekels ($1.88 billion).

Ghana to become a hub for iron and steel investment –...