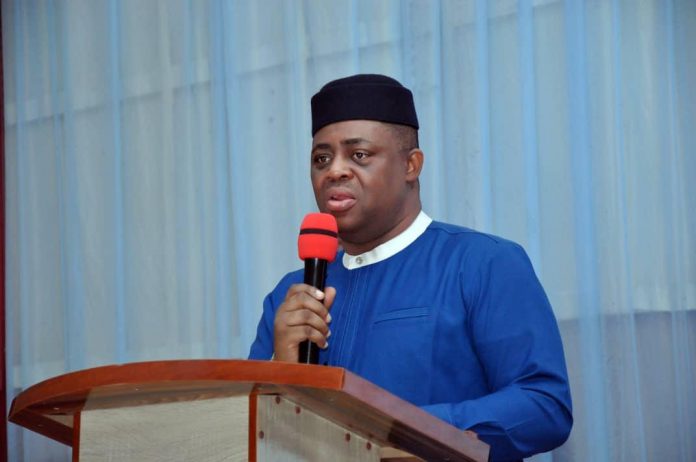 The former Minister of Aviation, Femi Fani-Kayode commented on the “current” state of things in the United States that it will soon be a crime to be a white man in America.

The PDP Chieftain stated that even though Martin Luther King never wanted that, it seems inevitable.

FFK stressed that Martin Luther King wanted equality for ALL races and creeds, and not a ”nation where blacks, browns, yellows and reds rule and treat whites like garbage.”

The way things are going in America today it will soon be a crime to be a white male. That is NOT what MLK stood for. He wanted equality for ALL races & creeds & not a nation where blacks, browns, yellows & reds rule & treat whites like garbage. Two wrongs cannot make a right!

NHIS to include Corps Members in its Programme