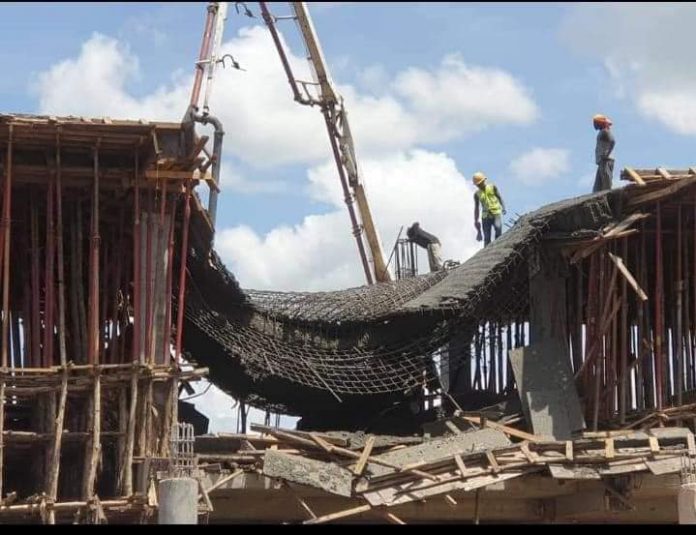 Juba stadium, which is currently being constructed by a Chinese company has collapsed and have been reported to have injured two people.

The Juba stadium in South Sudan is said to be the largest of its kind in the world’s youngest country and a Chinese company is upgrading it to international level.

It was gathered that efforts are underway to fix the damage.

Meanwhile, efforts to reach the authorities on the reports of casualties proved abortive as at the time of compiling this report.

In response to this incident, President Salva Kiir Mayardit dismissed his presidential minister who was responsible for the contract with Shandong High Speed.

Chinese companies have been criticized for their poor work by the people of South Sudan in the past after the Juba-Bahr el Ghazal High-way which is now under construction was washed away by heavy rains.