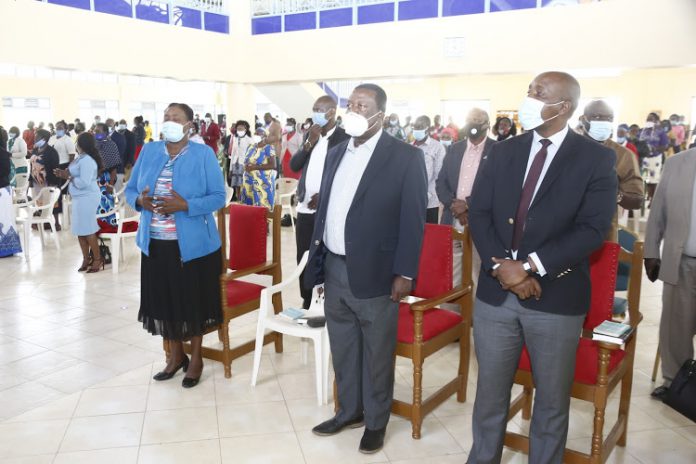 Musali Mudavadi, who is the Amani National Congress leader has advised politicians in Kenya to focus on economic recovery instead of their political interests.

Mudavadi said this during a Sunday Service at the Presbyterian Church of East Africa in Gilgil Town on October 18.

While speaking, he stated that all political leaders should stop politicking and come up with ways that will aid the country’s recovery from the distress occasioned by COVID-19 pandemic.

The ANC leader who had previously shown interest in running for the presidency in the 2022 general election said it was unfortunate that leaders were busy politicking in the middle of a pandemic.

Mudavadi emphasized that Kenya is currently at an economic crossroad that requires concerted efforts by all leaders regardless of their political affiliations to help it rise again.

He therefore urged politicians to shelve succession politics and instead help rebuild Kenya.

He added that electorate should keep off political hypocrites and individuals propagating divisive politics of hate and tribalism.

In his words, “The country is facing numerous challenges among them, the COVID-19 pandemic that has negatively impacted on the economy and no development can be achieved in the absence of peace and unity.

“The government of the day is Jubilee and those in it are to carry the cross of its good and bad deeds.

“ANC gave its views to the Yusuf Haji led committee and I am waiting to see what is contained in the report before I can make any comment,” he said

Speaking about the Building Bridges Initiative, Mudavadi said he will only comment about the matter after he reads the report.

He pleaded with the government to make the report available to every Kenyans so that they could read and make informed decisions.

Meanwhile, he urged Kenyans to read the report instead of blindly following what they were told by their leaders.

PPPRA denies hike in pump price of petrol from N162 to...