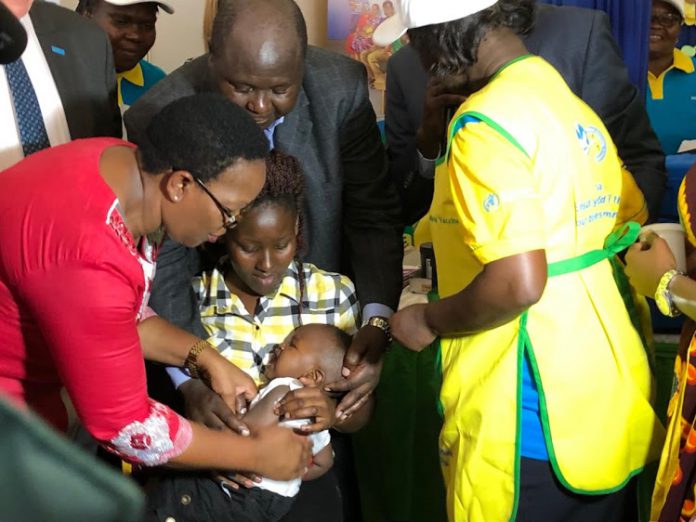 The data from the Kenyan Ministry of Health has shown that the country loses a child to pneumonia every hour and nearly 9,000 every year.

The ministry revealed that, the disease is a leading killer among under-fives and accounts for 15 percent of all deaths. It added that only 67 per cent of children with the disease are taken to a health facility for care and treatment.

With the upcoming ‘World Pneumonia Day’ celebrations on Thursday, experts have called on caregivers to seek treatment for children who exhibit pneumonia symptoms.

The symptoms include wheezing, fever, cough, the child breathing too fast or being unable to eat and drink. In some cases, a child may experience unconsciousness, hypothermia and convulsions.

According to the World Health Organization, pneumonia is an acute respiratory infection that affects the lungs. It inflames air sacs in one or both lungs, which may fill with fluid. When the air sacs are filled with pus and fluid, it makes breathing painful and limits oxygen intake.

The disease is caused by infectious agents, including viruses, bacteria and fungi.

“Pneumonia deaths are falling but more slowly than other major causes of child mortality. If we do not accelerate our efforts to tackle childhood pneumonia, nearly nine million children will die unnecessarily from the disease between 2020 and 2030,” the report from the ministry states.

“Unfortunately, care-seeking for acute respiratory infection is still low at 67 per cent with most of the caregivers seeking care when it is too late to save the sick child,” the Ministry of Health reported.

It was gathered that efforts to tackle pneumonia suffered as a result of the Covid-19 pandemic. The number of children treated for pneumonia between March and June declined due to the fear of caregivers contracting the virus.

The disease is said to be preventable through a vaccine supposed to be received in three doses before the age of one year at six, 10 and 14 weeks. The uptake of the three doses of the vaccine among children is 90 per cent.

The vaccine protects against severe forms of pneumococcal diseases such as meningitis, pneumonia and bacteremia.

In the report. It was discovered that the Nyanza region accounts for the highest under-five mortality rate at 82 per 1,000 live births, followed by Nairobi with 72.

“Despite the great achievement in the reduction in child mortality, there is need for renewed commitment by the government and partners to invest an estimated Sh16 billion in 2020-21 in child health in order to roll out protection, prevention and treatment interventions for pneumonia and other major killers in children,” the Ministry of Health stated.

Experts advocate for good personal and food preparation hygiene to reduce the transmission of germs. Adding that reducing indoor air pollution by the use of clean cookstoves, avoiding smoking and proper ventilation prevents children form from falling ill with pneumonia.

The world is not ready to take 240 Million Nigerians –...