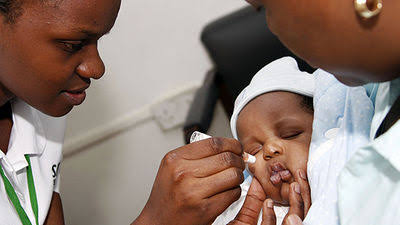 Kenya is reportedly in the process of introducing a new polio vaccine for use during mop up campaigns.

It was gathered that the novel oral polio vaccine type 2, is being introduced because it works against the vaccine-derived poliovirus, which was last detected in Kenya in December 2020 and January this year.

Kenya is among 22 African countries that have submitted documents to the Global Polio Eradication Initiative expressing readiness to introduce the nOPV2.

Only six countries have been certified as ready while verification of Kenya’s documents is ongoing.

“The vaccine will not be used in the routine child vaccination schedule, but during the mop up campaigns,” a Ministry of Health official stated.

Meanwhile, last week, Kenya was also among the governments from the World Health Organisation African region that committed to ending all remaining forms of polio.

They noted that while African was certified free of wild poliovirus one year ago following four years without a case, outbreaks of circulating vaccine-derived poliovirus continue to spread.

The cVDPVs occur in communities where not enough children have received the polio vaccine.

Cases increased last year in part because of disruptions to polio vaccination campaigns caused by Covid-19.

“Our success in ending wild poliovirus in the region shows what is possible when we work together with urgency,” WHO regional director for Africa Dr Matshidiso Moeti stated.

The countries discussed how they will begin implementing the new Global Polio Eradication Initiative 2022-2026 Strategy that was launched in June to urgently stop the spread of cVDPVs.

Meanwhile, till date, six countries in Africa have rolled out the vaccine with close to 40 million children vaccinated and no concerns noted for safety.