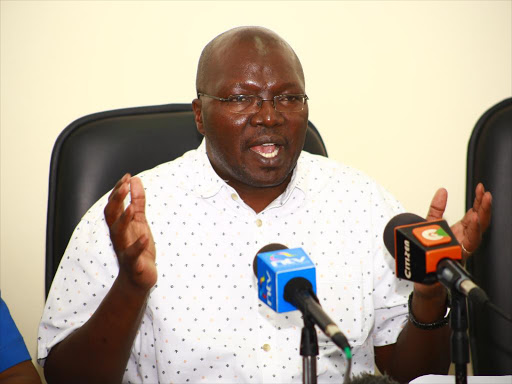 The Kenyan government has announced that it has put in place measures to protect Kenyans seeking employment beyond the country’s borders.

Labour CS Simon Chelugui stated on Monday that the movement between countries has immense socio-economic benefits to the country of origin and the destination.

“This brings in much-needed remittances to the country of origin. It is also one of the main avenues of technology and skills-transfer between countries,” he explained.

The CS disclosed this during a virtual consultative meeting with ambassadors from the Gulf Cooperation Council member states.

According to Chelugui, recent research shows that there are substantive alignment gaps between existing bilateral agreements and international standards, especially with respect to the adequacy of social protection available to migrant workers.

“It is estimated that there are over four million Kenyans in the diaspora. A significant number being in the Gulf Cooperation Council member states. This is mainly influenced by the geographical proximity of these regions and existing demand for workers in the region,” he stated.

Chelugui revealed that Kenya has developed a training program to give skills to home care workers with a special focus on the needs of the Gulf Cooperation Council.

He further explained that the move was meant to eliminate challenges associated with poor labor migration.

P-Square must thrash out their past or risk splitting again –...

Nigeria to receive first batch of tractors from Brazil in 2022