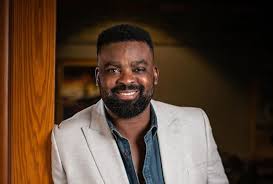 Kunle Afolayan, a Nigerian movie producer has revealed his intention of producing a film based on the historical October 20 Lekki shooting.

He disclosed this while responding to a Twitter user who sought to know if there will be a sequel to his 2014 psychological thriller, ‘October 1’ and if it will be based on the shocking event of Tuesday, October 20, 2020.

He gave the reply, “It is a must told story. Script development in progress”.

Kunle Afolayan confirmed that he has started first steps to documenting the shocking Lekki shooting.

In an exclusive interview, he told Pulse that filmmakers must ensure stories like this are told.

“As a filmmaker, it is our social and human responsibility to also use our craft to consciously tell stories that will help create positive awareness politically, culturally and to also document the history for ourselves and generations to come”.

Meanwhile, there have been remarks directed to film industries on social media on the need to ensure that the violence which trailed the EndSARS peaceful protests are made into films.

God will have mercy on Nigeria and heal our land, Pastor...

#ENDSARS Protest: The Silence from Churches and General Overseers is so...