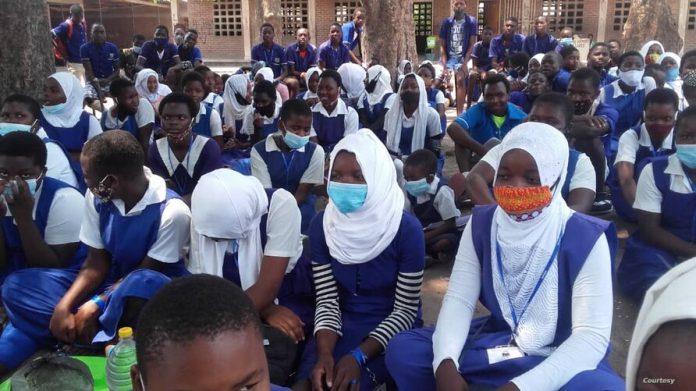 Malawi is reportedly taking steps to permit Muslim students to wear the hijab, or headscarf, in all educational institutions.

It was gathered that the controversial issue has forced some schools to close in the predominantly Christian country.

The issue of wearing the hijab has long been a point of contention in Malawi, especially in Christian-run schools where female Muslim students have not been allowed to cover their heads in class.

The controversy reached its peak in October when suspected angry Muslims in eastern Malawi torched the office of a Catholic primary school head teacher who had turned away pupils wearing the garment.

Hence, the Ministry of Education requested that the quasi-religious Public Affairs Committee, or PAC, help resolve the matter.

Gilford Matonga, a spokesperson for the PAC, asserted that a compromise had to be reached.

“One of the recommendations is that the Islamic girl child is allowed to wear the hijab that matches the school uniform wherever they are going to school. On the other side is that no girl child shall be forced to put on the hijab if they wish not to put on [the hijab],” Matonga said.

“We need the uniform to be according to the understanding of the meaning of hijab itself. If it is a skirt it has to be a long skirt, it has to be loose not tight. If it is a blouse it has to be with a long sleeve and not very tight. And the learner has to cover the head with a scarf. That is a complete hijab,” Faduweck said.

Imran Sheriff, a lecturer in religious studies at the University of Malawi, stated:

“The putting on a hijab is based on religion and putting on school uniform is based on school regulations in order that the students should look equal. So, if it is an Islamic institution, if the hijab is part of the uniform, then everybody will be obliged [to put on a headscarf],” Sheriff said.

There Are No Agreement Between Messi, Barcelona – Reports

Suspected ritual killer caught in the act of ‘attempting to sacrifice...