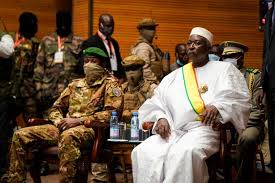 The transition authorities in Mali have announced the release of eleven political and military personalities that were arrested during the coup in August.

They would, however, “remain at the disposal of the courts if needed”.

The rebels reportedly put in place a president and a transition government while retaining a grip on power.

On Monday, a transition government charged with the responsibility of leading Mali back to civilian rule was appointed and it included numerous members of the junta who occupied key posts.

ECOWAS lifted the tough sanctions on Mali on Tuesday, after recording “notable advances towards constitutional normalisation”.

It also called for the release of the civilian and military figures that were detained during the bloodless coup.

In addition, ECOWAS also requested that the Junta which claims to be the National Council for the Salvation of the People should be dissolved.