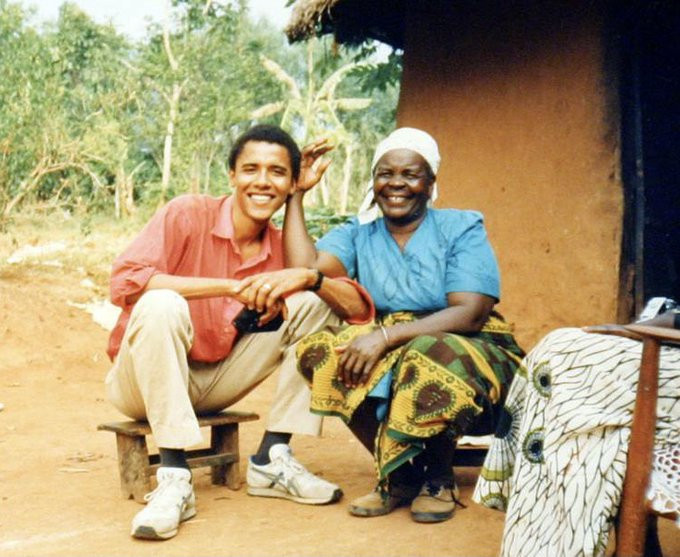 Mama Sarah Onyango Obama, the grandmother of former President of US, Barrack Obama has died at the age of 99.

Her death was confirmed by her daughter, Marsat Obama, who revealed that her mother died at the Jaramogi Oginga Odinga Teaching and Referral Hospital, Kisumu at 4.45am on Monday, March 29.

It was gathered that Sarah Obama had been admitted to the hospital on Sunday morning, due to an illness but lost her battle with life barely 24 hours later.

“Mama was sick with normal diseases she did not die of COVID-19,” a family spokesman Sheik Musa Ismail said, adding that she had tested negative for the disease.

Meanwhile, Barrack Obama had taken to his Twitter page to speak, following the demise of his grandmother.

Barack shared an old photo of himself posing with his late grandmother and wrote: “My family and I are mourning the loss of our beloved grandmother, Sarah Ogwel Onyango Obama, affectionately known to many as “Mama Sarah” but known to us as “Dani” or Granny. We will miss her dearly, but we’ll celebrate with gratitude her long and remarkable life.”

Mama Sarah Onyango Obama will be buried today before midday and the funeral will be held under Islamic rites.