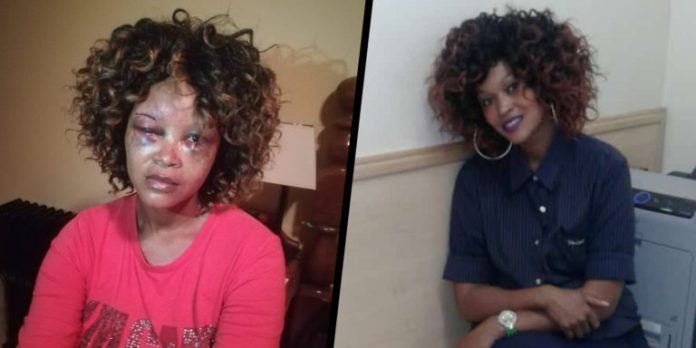 A man identified as Vusi Mjoli has been sentenced to life imprisonment by Judge Majake Mabesele for the rape and murder of his ex-girlfriend, Dimpho Mohau.

Earlier on January 8, 2018, the victim was raped. However, her rapist escaped justice, after the police bungled the investigation and a scared Mohau withdrew the charges against him.

However, on Tuesday morning her rapist, kidnapper, and murderer finally got justice, when Judge Majake Mabesele, in the Johannesburg High Court, sentenced Mjoli to two sentences of life imprisonment for rape and murder.

According to the report, he was also given a five-year sentence for kidnapping, 18 months for assault, and two years for defeating the ends of justice.
Mjoli’s attorney, Rodgers Machovani, had tried on Monday to argue that the judge gives his client a more lenient sentence, by highlighting that he was just 32 years old and had three young children whom he supported.

Mabesele responded on Tuesday that:

“The personal circumstances of the accused in my view do not justify departure of discussed minimum sentences in counts three and four [rape and murder].

“There is no doubt that she died a painful death,” the judge added.

The five counts on which Mjoli was sentenced related to two incidents.

It was gathered that on 8 January, Mjoli, with two friends, kidnapped Mohau outside the Bree Street taxi rank in the Johannesburg CBD. Mjoli took her to his house in Soweto, where he assaulted and raped her.

Mohau opened a case at the Moroka police station in Soweto. The investigating officer told Mohau that she was going to be at a conference for two weeks and that Mohau must locate her ex-boyfriend and then phone the police on their call center number 10111.

A month later Mohau went to the Johannesburg Central police station and withdrew the charge against her ex-boyfriend. In the statement, she wrote: “Once he can get bail, he will hunt me and he will kill me. I know him very well, he is evil and I am so scared of him.”

The police didn’t investigate the matter further, and Mabesele said he would be sending a copy of his judgment to the Independent Police Investigative Directorate, the body that provides oversight over the SAPS.

Two years later, in February 2020, Mjoli killed Mohau after he lured her away from a house where she had taken refuge. He kicked her so savagely that he fractured her ribs, which, the court heard, prevented her from breathing and led to her death. He then hid her body, wrapped in a duvet, under his bed for five days. When the police came to his house Mjoli was in the process of digging a grave to hide the body. He went on the run and was caught two days later.

She added, “This is a numb victory, we need a person, not a judgment. She was an only child, who left a son who was an only child. So, the mother and son left alone. We are happy with the judgment, we couldn’t ask for more. But there is nothing to celebrate as she is not here.”

The world is not ready to take 240 Million Nigerians –...