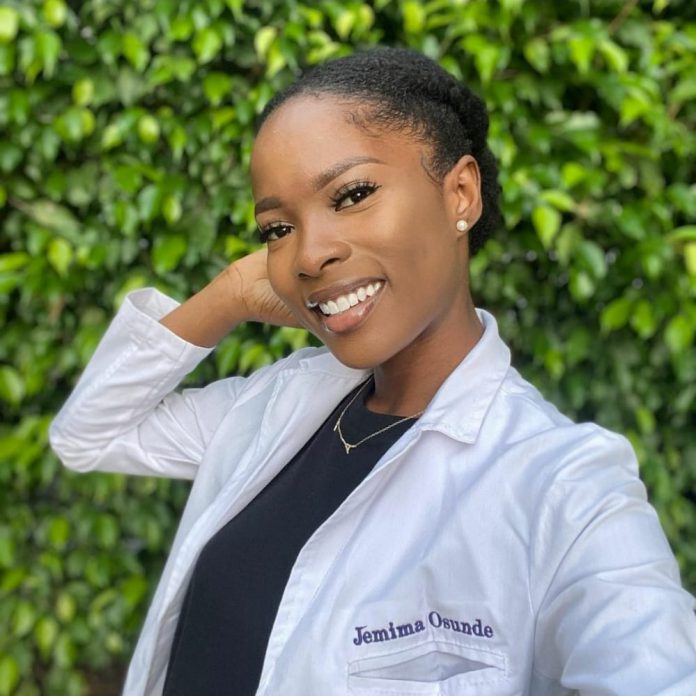 Jemima Osunde, a Nigerian actress, who is also a medical practitioner, asserted that marriage does not equal manual labour.

She took to Twitter to reveal she won’t be the one cooking or washing clothes in her marriage.

She said her husband will either get someone to do those things or she’ll get help herself.

She further added that some people like “sufferhead” but that life is not for her.

She said she didn’t suffer in her parent’s house, isn’t suffering while living on her own as a single woman and also doesn’t intend to suffer when she gets married.