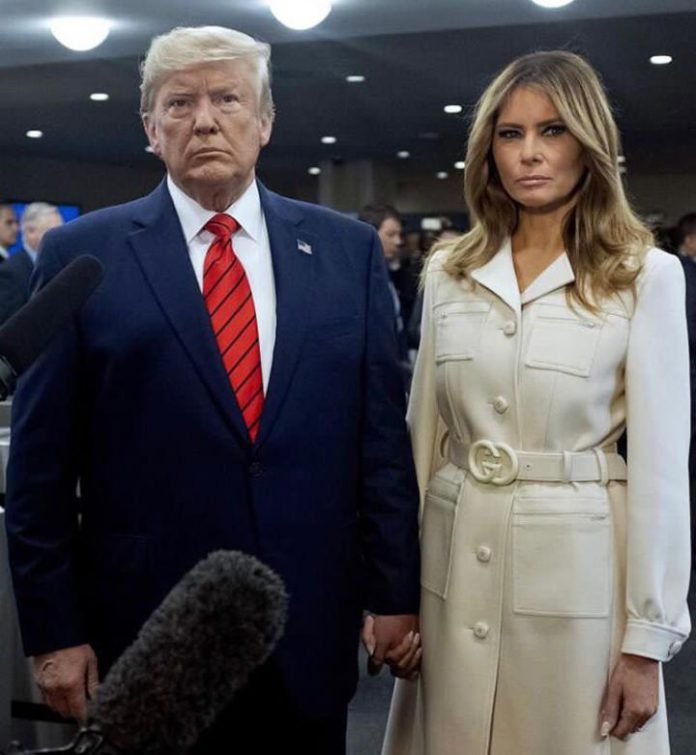 In a report by a former aide identified as Omarosa Manigault Newman, she affirmed that Donald Trump’s wife, Melania has plans to leave her husband after they vacate the White House.

According to her, Melania Trump is “counting down the minutes” until she can divorce Donald Trump, following his defeat during the just concluded 2020 presidential election.

She stated, “Melania is counting every minute until he is out of the office and she can divorce.

“If Melania were to try to pull the ultimate humiliation and leave while he’s in office, he would find a way to punish her.”

Also, a former aide to Melania, Stephanie Wolkoff, who recently launched a book, has come out to disclose that Melania is already negotiating a post-nuptial agreement that would give her son, Barron, an equal share of the Trump fortune.

At the time the First Lady’s communications director, Stephanie Grisham dismissed the book, saying it is “clearly going to be sold in the bargain fiction section”.

She said, “Mrs. Trump supported her husband’s decision to run for president and in fact, encouraged him to do so. She was confident he would win and was very happy when he did.”

It was however once reported that Melania did not expect her husband to win in the 2016 election. Therefore, when she heard the news that they would soon be expected to move into the White House, she burst into tears.

Meanwhile, Trump is yet to accept the US 2020 election result, despite Joe Biden winning more than 270 of the electoral college votes.