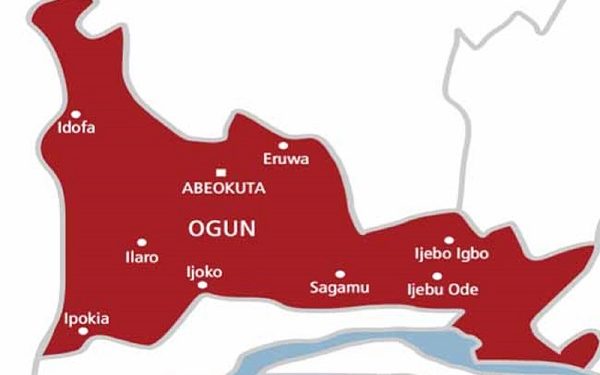 Detectives in Ogun State have arrested a mother of two, Joy Sunday, for storming a church service and pouring hot on a woman identified as Justina Ameh, bleaching off her facial skin in the process.

The incident reportedly threw the congregation into pandemonium as some battled to keep her in check from causing further harm.

The suspect said the victim, Justina Ameh, has been accusing her of sleeping with her husband.

Ogun Police spokesman, Abimbola Oyeyemi, disclosed these in a statement on Sunday.

He said Kelechi told the police she attended a vigil at the Life Global Ministry at Giwa area of Agbado, Ogun State with her younger sister when the suspect entered the church and poured hot water on her.

“The suspect, Joy Sunday explained that, the victim has been accusing her of sleeping with her husband for quite some time now and all efforts to disabuse her mind from it proved abortive.

“On that fateful day, while they were in the church, the victim came as usual and started raining curses on her. While she tried to walk away from her, the victim pulled her back with her cloth and tore the cloth.

“It was that annoyance that made her to go home and boiled water which she brought back to the church and poured it on the victim’s face.

The Police Spokesperson disclosed that the victim was rushed to Strong Tower Hospital for treatment while the Commissioner of Police Edward Ajogun has directed the case be properly investigated for prosecution.