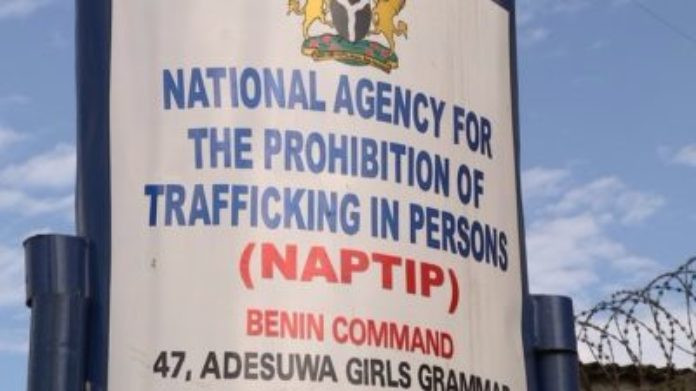 The National Agency for the Prohibition of Traffic in Persons and Other Related Offences (NAPTIP) has reunited a human trafficking victim with her family after 20 years.

It was gathered that the victim who was reunited with her mother (name withheld) at the palace of Idu Uruan Village Head in Uruan Local Government Area of Akwa Ibom on Saturday, April 24, was taken away at the age of six from Idu Uruan to Benin City by a woman who gave her out to another woman.

Ijeoma Uduak, Commander of NAPTIP, Benin Zone said the two women had been arrested by the agency.

“Prosecution is ongoing to ensure that justice prevails.

“Our task here is to fulfil part of our mandate as an agency that is against human trafficking, and one that rescues and reunites victims with their families.

“This victim was taken away from the classroom at the age of six, she had no contact with her family for several years.

“Her captor must have used all manner of tricks to deceive the young and innocent mind; today we celebrate breakthrough and freedom.”

The victim’s mother was said to have expressed joy that her daughter returned home after 20 years.

“Our belief at home was that she is dead, nobody believes that we shall meet her again, we are thankful to God Almighty.”

She also commended the Federal Government and NAPTIP for their commitment to tackling human trafficking.