The Nigerian Business Coalition against AIDS has piloted the first phase of the ‘’I know My status’’ project in Abuja, Ebonyi and Edo states respectively. The Project which was developed from the End HIV Campaign was designed and implemented to increase the knowledge of vulnerable people on their HIV status and enough safe sexual practices through HIV Testing Services and dissemination of Sexual and Reproductive Health information. The End HIV Campaign championed by the Nigerian Business Coalition Against AIDS (NiBUCAA) seeks to reduce the prevalence and incidence of HIV infection via HIV testing, communication, and technology strategies.

The project targeted Communities with a high presence of Adolescent and Young People (AYP), proximity to referral centres, a high number of vulnerable population, poor health-seeking behaviour and a high number of hotspots.

Isaiah Owolabi, the Chief Executive Officer at NIBUCAA highlighted the importance of the Project, ‘‘The I know My Status Project is expedient to reduce the incidence of HIV in Nigeria, there is a need for continuous dissemination of sexual and reproductive health information; HIV prevention and treatment information; continuous HIV Counselling and Testing especially among adolescent and young people, women, and transport workers. This is because these populations fall within the high prevalence age bracket.’’

Also speaking on the I Know My Status Project, Oluwatobi Ojo, Monitoring and Evaluation Officer at AIDS Healthcare Foundation noted that the intervention is an eye-opener as it revealed the agitations of some people in the communities regarding HIV testing. He also stated that there is a need for increased awareness in rural areas as Knowing one’s HIV status is key to societal progress 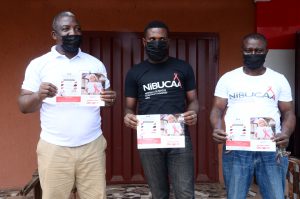 The UNAIDS reports that Nigeria has the second-largest HIV epidemic globally and one of the highest rates of new infections in Sub Saharan Africa. The Nigeria HIV /AIDS Indicator and Impact Survey (NAIIS) 2019 also states that about 1.9 million people were living with HIV in Nigeria, of which only 1.6 million people knew their status with a prevalence of HIV among adults age 15 – 64 years was 1.4%.

During the project in these states, Community Mobilizers and Corps Members engaged in door-to-door sensitization, interpersonal communications, sensitization at primary healthcare centres and the distribution of Information, Education and Communication (IEC) materials on Knowing One’s HIV status.

The IEC materials were translated to Hausa, Igbo, and pidgin for community members to better understand the information passed across.

HIV Testing services were also conducted for over 700 participants across all Project states, with 6 reactive cases which were reported and referred to the nearest referral centre. Condoms were also distributed to participants to encourage safe sex practices. 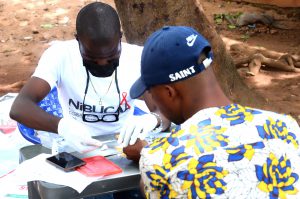 NiBUCAA is a coalition of over 30 leading businesses spanning all Nigerian economies’ sectors with a commitment to galvanise and coordinate private-sector efforts to end the HIV and AIDS pandemic. NiBUCAAholds interventions at all levels within the health system and the private sector workforce.