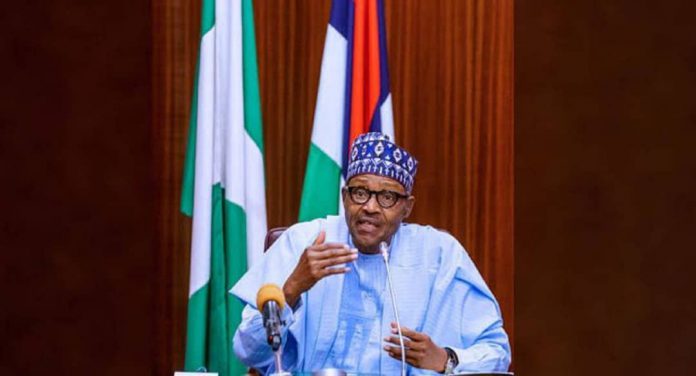 The minister of Information and Culture, Lai Mohammed has said during a press conference that President Muhammadu Buhari’s administration is offering a new beginning to Nigerians.

The press conference was held on Thursday, September 24, Abuja, with the purpose of revealing the activities planned for the celebration of Nigeria’s 60th anniversary.

Mohammed explained, “Some may wonder why Nigeria needs to celebrate its Diamond Jubilee at all, considering the myriad of socio-economic challenges facing the country. ”

Our answer to that is contained in our theme of ‘Together.’ “For a country that has gone through a bitter, internecine civil war, years of political crisis, daunting security challenges, including religious and ethnic crisis, etc, our unity and our resilience (which by the way is what diamond represents) are worth celebrating.

“Also, in certain cultures, the age of 60 is seen as the beginning of a new cycle of life, and is usually well marked. For Nigeria as a country, the Administration of President Muhammadu Buhari offers a new beginning.”

The minister stated that the regime was working hard to build a new Nigeria, laying the building blocks for industrial and technological development by building massive infrastructures in the areas of power, roads, bridges, rail etc. and by developing human capital.

The Federal Government declared that Nigeria deserves a befitting 60th anniversary celebration because the country remains one despite the various challenges it has been facing.

Mohammed, however said that the celebration will be low-key with ‘staggered’ activities that will mark it for one year.

He said, “The 60th independence anniversary celebration will be low-key, as Mr President has already announced.

“Of course, this is not unconnected with the COVID-19 global pandemic, which has forced some safety protocols on nations around the world. Therefore, the pomp and pageantry that should have marked the celebration will be largely missing.

“Let me say here that the 60th-anniversary celebration will be celebrated for a whole year, ending September 30, 2021. Therefore, there are some activities that may come up after the ones to be announced today.

“This does not mean there will be daily activities between now and September 30, 2021, but that there will be staggered events during that period.”

The minister itemised activities for the celebration to include a public lecture and special Jumat service slated for Natìonal Mosque, Abuja on Friday; and an inter-denominational service scheduled for National Christian Centre, Abuja on Sunday.

According to him, the inauguration of the National Ethics and Integrity Policy, as well as Integrity Award by Mr. President to commemorate the 20th anniversary of the Independent Corrupt Practices and Other Related Offences Commission, will hold on Monday at the Presidential Villa, while an exhibition will take place on the same day at the National Press Centre, Radio House, Abuja.

He added that there will be a presidential broadcast and a Guard of Honour/Anniversary Parade on Thursday at the Eagle Square, Abuja. The minister said all COVID-19 protocols would be observed at the various venues of the programmes and that attendance would be strictly by invitation.

The Minister of Communication and Digital Economy, Isa Pantami; and the Minister of Humanitarian Affairs, Disaster Management and Social Development, Sadiya Farouq joined him at the briefing.

Social Media Platforms and Online Broadcasters in Nigeria to Apply for...

Man allegedly stabs brother to death in Lagos over N3,000