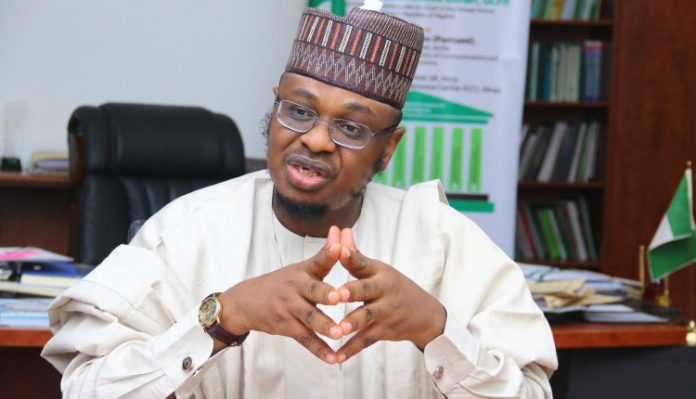 While speaking at the 2021 Digital Nigeria Day held virtually, Pantami noted that it was imperative for Nigeria to join the world in celebrating this day as the country has recorded giant strides in its digitalization efforts.

The Minister said this growth rate was the only double-digit growth rate and that it exceeded the aggregate growth rates of all the second to the seventh fastest-growing sectors.

“Additionally, the ministry and its parastatals have generated over N1trillion for the Federal Government in less than 2 years. This translates to an average of about N44 billion every month or over N1.4 billion every day.

“About N360 billion of this revenue was largely from Spectrum, allocated by the National Frequency Management Council (NFMC). Another, over N600 billion was paid by ICT companies to the account of the Federal Government through the Federal Inland Revenue Service (FIRS).”

“As a ministry, we have consistently reflected our strong belief in the importance of creating a critical mass of highly skilled citizens as a prerequisite for developing a sustainable digital economy. In the last two years, we have offered direct world-class training to well over 219,198 citizens in digital skills and emerging technologies. This number does not include the many citizens that have benefited from trainings through our centres,“ the Minister explained.

He further stated that, “We have developed 16 national policies: 15 of them focus on specific pillars in the general National Digital Economy Policy for a Digital Nigeria.

“We have offered these mass trainings as part of our efforts to promote a paradigm shift from the general societal focus on degrees to a strong focus on skills. We have not adopted an ad-hoc approach towards the development of Nigeria’s digital economy. Rather, we have followed a systematic and well-thought-out approach and this required the development and implementation of national policies. We have developed 16 national policies: 15 of them focus on specific pillars in the general National Digital Economy Policy for a Digital Nigeria