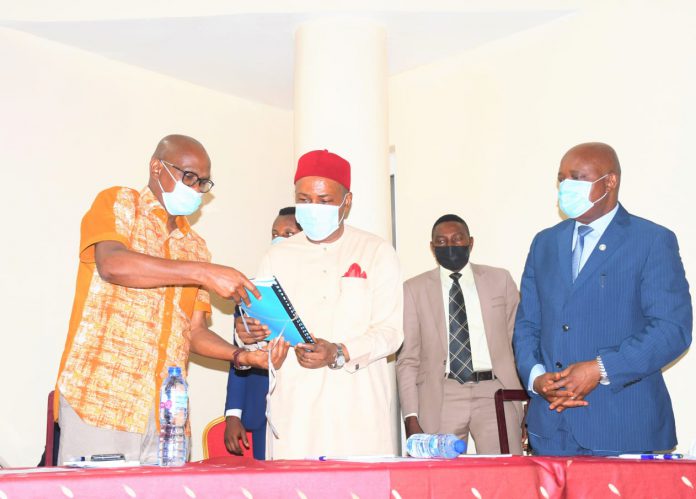 Minister of Science, Technology and Innovation, Dr Ogbonnaya Onu has said that Nigeria is ready to domesticate the Methanol Fuel Production in the country for Professionals and expatriates to exhibit their talents and exchange business ideas with their counterparts both home and abroad.

The Minister said this when the National Coordinator of the Movement for the Implementation of Methanol Fuel in the Niger Delta (MIMFIND) led by Comrade Stephen Okenarhe, and his group paid a courtesy visit in his office on Thursday, in Abuja.

Onu further stated that the Mission is to ensure that the National Policy on Methanol Fuel Production Technology is properly implemented to the benefit of the people of the Niger Delta Region and Nigeria as a whole.

Onu said that when the Methanol policy was approved in 2019, the ministry embarked on so many activities that will help in the implementation of Methanol policy which Nigeria is the first country in Africa to introduce this new technology.

In his words “we want to make sure that the mistake the nation made with crude oil is not repeated with methanol, and this requires actual technology by Expatriates to domesticate Crude oil exploration here in Niger’’.

He assured them that Federal Government will make sure that the Methanol policy is funded from the gas flaring penalty purse to ensure that indigenous professionals be engaged in Methanol Fuel policy.

He further assured them that FMSTI will work towards achieving this policy to the benefit of Niger Deltans and Nigerians as a whole.

Earlier, The National Coordinator of the Movement for the Implementation of Methanol Fuel in the Niger Delta (MIMFiND) Mr Stephen Okenrhe, appealed to the Hon. Minister to kindly reach out to Mr President to approve funds from the Gas flare penalty purse, to be used to kick start the proper implementation process in affected communities in the Niger Delta Region.