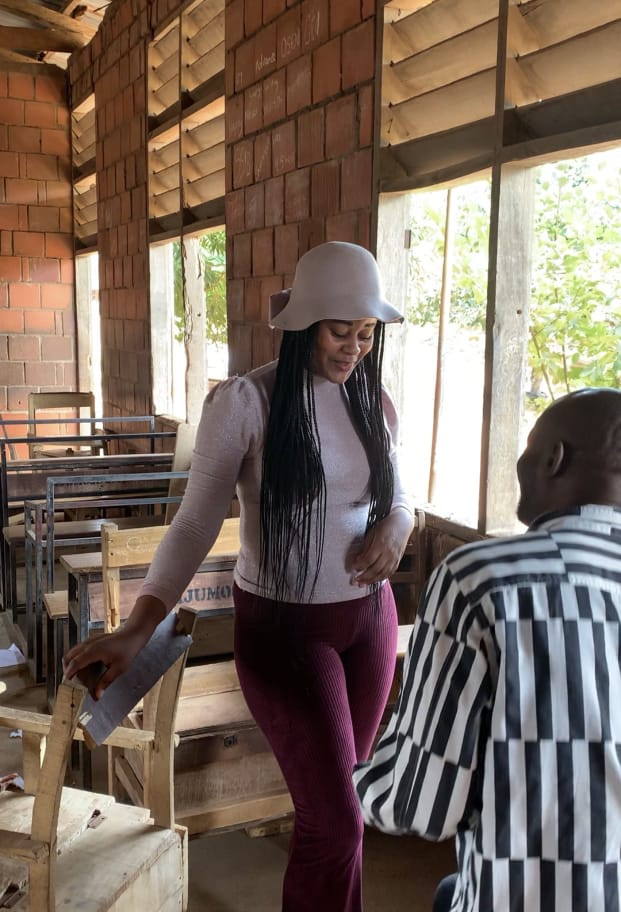 A Nigerian man has taken to Twitter to share photos of his proposal to his girlfriend, which took place at the secondary school he attended in Ibadan.

According to @Lesulemon, his girlfriend said “Yes” after he went down on one knee and proposed to her in his class.

“Took her to my high school (Ikolaba Grammar School Ibadan) Jss2b class to show her around, booom I proposed and She said Yes!!!”