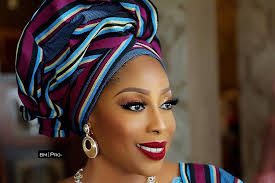 A media mogul named Mo Abudu, who is also the owner of EbonyLife production company, has signed a multi-title deal with Netflix.

For half a decade the company has been behind the top three Nollywood films of all time at the Nigerian box office, led by 2017’s romantic comedy The Wedding Party 2.

Mo Abudu told The Hollywood Reporter that, “The conversation started months ago, we have been talking about it for ages. But it’s the first of its type on the continent, it’s never been done.”

She said, “I pray there are many more [like us], because it will be great to see so many more filmmakers and storytellers empowered on the continent, but we are the first. It’s been wonderful working with them.”

Ebonylife is the first African production company to have a multi-title deal with the streamer.

Abudu disclosed that the first title in the deal, Netflix original series, Oloture, is set for launch on October 2 and would focus on a young Nigerian journalist who goes undercover to expose the world of human trafficking.

She stated, “I’ve often said that Africa, as a continent, we’ve remained so quiet. We’ve been so quiet, and our stories have just never been told.

“Now we’re talking about Black Lives Matter; and black stories matter. And a lot of the broadcasters are saying that it’s time now for there to be more black stories on screen and more black creatives involved in the process. But I’m happy to say that, you know, we started our journey with Netflix before then,” Abudu said.

She mentioned that literally every single film her company has produced has gone to Netflix, starting with her first movie title ‘Fifty’, which was basically about four women about to turn 50 and going through a sort of midlife crisis.