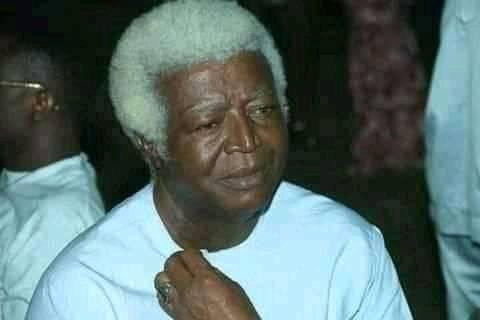 A prominent and veteran nollywood actor, Bruno Iwuoha, has died in the course of his battle with diabetes and blindness.

Bruno who died at the age of 68 was said to have given up the ghost at the National Hospital Abuja in the early hours of Saturday, April 10.

The Abia-state born actor had reportedly been in coma for about three weeks before giving up. His body has been deposited at the hospital mortuary.

Film maker, Derek Zai has taken to their social media handle to mourn him. He wrote:

“A good man, has gone home to be with his Father, daddy it’s so painful doing this, we love you but God loves you more.”

Bruno Obinna Iwuoha acted in many films and also won several awards in his career. He won the Best Supporting Actor award at the 3rd Africa Movie Academy Awards for his performance in the movie “Sins of the Flesh”.

Some of the other films where he featured are: World Apart, Magic Cap, Keeping Close, Another Bondage, Faces Of Love, Days Of Hatred,Two Bad Boys.