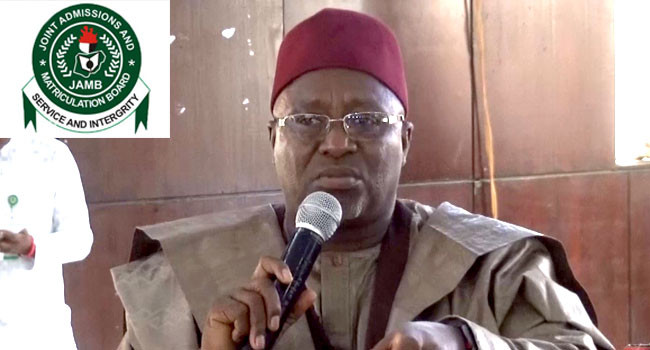 The Joint Admissions and Matriculation Board disclosed on Wednesday that the introduction of the National Identification Number in the 2021/2022 exam registration helped it to uncover over 500,000 fake candidates.

The Registrar and Chief Executive of JAMB, Prof. Isha’q Oloyede, made this known at a press conference in Enugu, during his visit to the South-East to access the conduct of the Unified Tertiary Matriculation Examination as well as to visit the new university in Ebonyi.

The registrar pointed out that the use of the NIN as directed by the Federal Government helped to reduce examination malpractice.

According to him, the board has 650 examination centres across the country, out of which 30 centres have been delisted for performing below standard.

“Fifty three centres are currently under watch, while 600 of them performed excellently.”

The examination body affirmed that the students who visited a particular centre but could not take the examination would be rescheduled and a new date fixed.

Kunle Afolayan Reveals Intention to Produce a Movie based on Lekki...