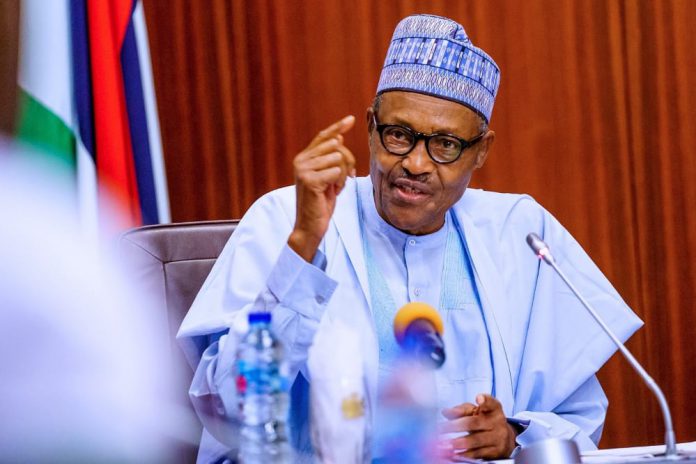 The ruling party in Nigeria, All Progressives Congress (APC) has asserted that since Nigeria gained independence in 1960, no administration has done more for the country than President Buhari has done since he assumed office in 2015.

APC National chairman and Yobe state governor, Mai Mala Buni, stated this on Tuesday, April 20, at the maiden edition of the media interactive session of the All Progressives Congress (APC) Professional Forum.

The national chairman was represented at the forum by the Secretary, Caretaker Committee, Senator John James Akpanudoedehe Buni, who said:

“They want to downgrade the government. There has not been a government like this in the history of the nation.

“And I am not playing politics. Show me any government that has done much than President Buhari that has direct link with the masses?”

The Senior Special Assistant to the President on Media and Publicity, Garba Shehu, mentioned the achievements of the Buhari-led administration in order to corroborate the point the party was making.

“In 2016, President Buhari launched the National Social Investment Programme, currently the largest such programme in Africa and one of the largest in the world.

“Currently, the National Social Register of poor and vulnerable Nigerians (NSR) has 32.6 million persons from more than 7 million poor and vulnerable households, identified across 708 local government areas, 8,723 wards and 86,610 communities across the 36 States of the country and the FCT.

“From this number, 1.6 million poor and vulnerable households (comprising more than 8 million individuals, in 45,744 communities from 5,483 Wards of 557 LGAs in 35 states and the FCT are currently benefiting from the Conditional Cash Transfer (CCT) program, which pays a bimonthly stipend of N10,000 per household.

“In January 2019, President Buhari launched Nigeria’s Micro-Pension Scheme – which allows self-employed persons and persons working in organisations with less than 3 employees to save for the provision of pension at retirement or incapacitation.

8 Feared Dead in Stampede for Christmas Palliative in Port Harcourt