Some individuals in Plateau state, who participated in the looting of items from various public and private properties under the guise of looking for palliatives have returned the items in their possession, asking for forgiveness from the Plateau State Government.

The repentant people were led to the new Government House in Rayfield Jos by a popular evangelist of the Church of Christ in Nations (COCIN), Rev. Ezekiel Dachomo, who explained that they made the confession during a prayer revival orgainsed at the Zang Secondary School Bukuru, Jos South Local Government. 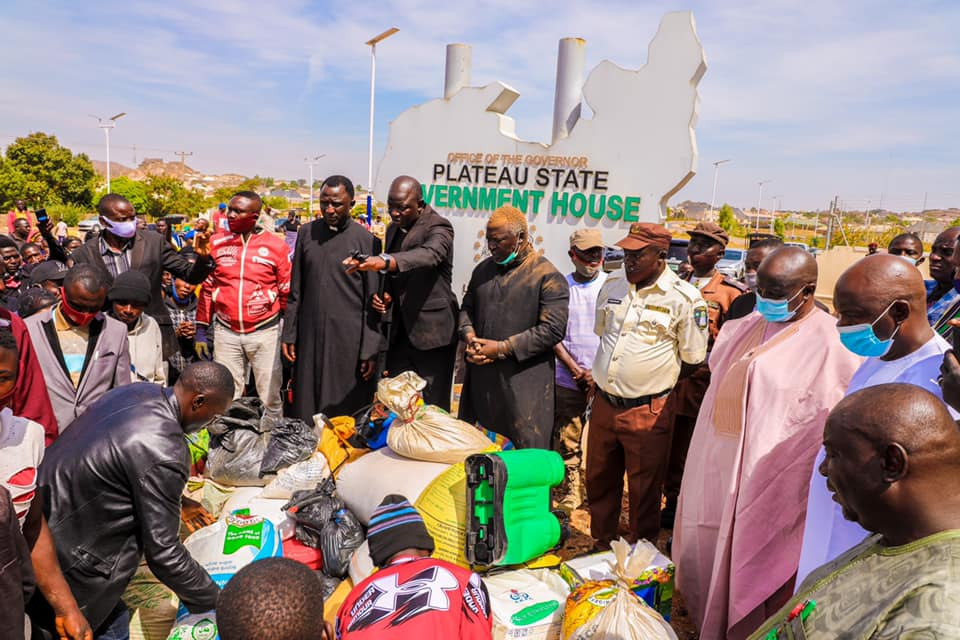 According to the clergyman, over two thousand people came forward after hearing the gospel where he preached against the recent looting and vandalism which affected public and private properties in the State.

He further explained that such action is not just an invitation of the anger of God against the suspects but the entire State. He said the hijack of the ENDSARS protest is a plan of the devil to scuttle the will of God for Plateau State which cannot be left without intercession.

Touched by the message, some of the persons involved in the looting repented and decided to bring some of the items still in their possessions as a mark of restitution and plea for mercy from God and the Government of Plateau State.

Rev. Dachomo thereafter pleaded with the Governor of Plateau State Simon Bako Lalong to temper justice with mercy by granting forgiveness to the repentant persons who voluntarily came forward at the revival meeting with a promise never to partake in such acts again.

The Secretary to the Government of the State, Prof. Danladi Abok Atu, who represented the Governor, received the items and commended Rev. Dachomo for appealing to the consciences of the affected persons who came forward to ask for forgiveness.

He stated that the action of the looters was a great disservice to the State as not only food items were looted, but heavy machinery, public infrastructure, and businesses worth billions of naira were stolen and also destroyed.

Prof. Atu, therefore, advised the youths of Plateau State to be careful about listening to incitement by people who are not even from Plateau State but come into the State purposely to orchestrate the destruction after which they disappear to their places of origin just like during the ENDSARS protest.

He added that the plea of the repentant persons will be forwarded to the Governor for further consideration.

I will not take COVID-19 vaccines – Kogi Governor, Yahaya Bello