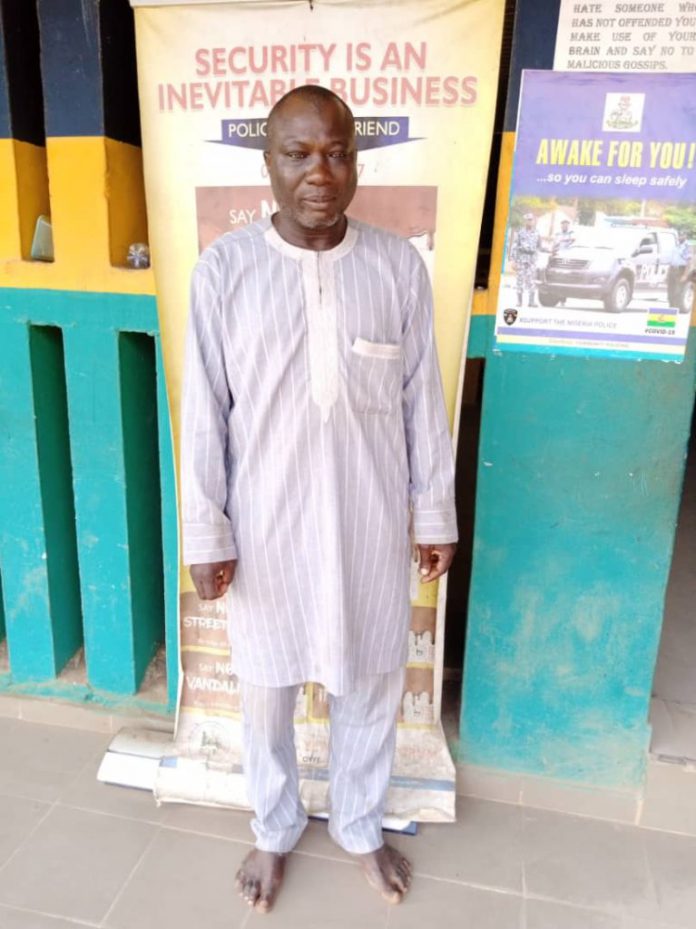 Ogun State Police Command has apprehended one Rasheed Sholabi, the Baale of Oose Agbedu Ajibawo in Owode-Yewa area of the state following the report that he unlawfully defiled his 15-year-old daughter.

Sholabi’s case was filed in by his daughter (the victim) after she walked into Owode Egbado police station and reported that her father has been having sex with her since when she was eleven years old as a result of which she now finds it difficult to control her urinary system.

As quoted in a report by an online news platform, CVNews, “the victim who told the police that she has lost her mother when she was barely 2 years old and that the suspect did not allow her to know any relation of her late mother thereby left her with no option other than continuing staying with her father who used that opportunity to sexually abuse her from time to time.

“Upon the report, the DPO Owode-Egbado SP Olabisi Elebute quickly led her men to the place where the Baale was promptly arrested.

“On interrogation, he first denied the allegation, but when he was confronted by the victim and one of his ex-wives who corroborated the victim’s statement, the suspect fainted and was taken to the hospital for resuscitation.

“His ex-wife informed the police that she caught him red-handed while having sex with his daughter and that was the reason why she left him. The victim has been taken to Stella Obasanjo motherless baby home for safety.”

In line with the case, the Commissioner of Police, CP Edward A. Ajogun has ordered the transfer of the suspect to anti-human trafficking and child labour unit of the State criminal investigation and intelligence department for an in-depth investigation and diligent prosecution.

Women and children rights must be protected, says Onu