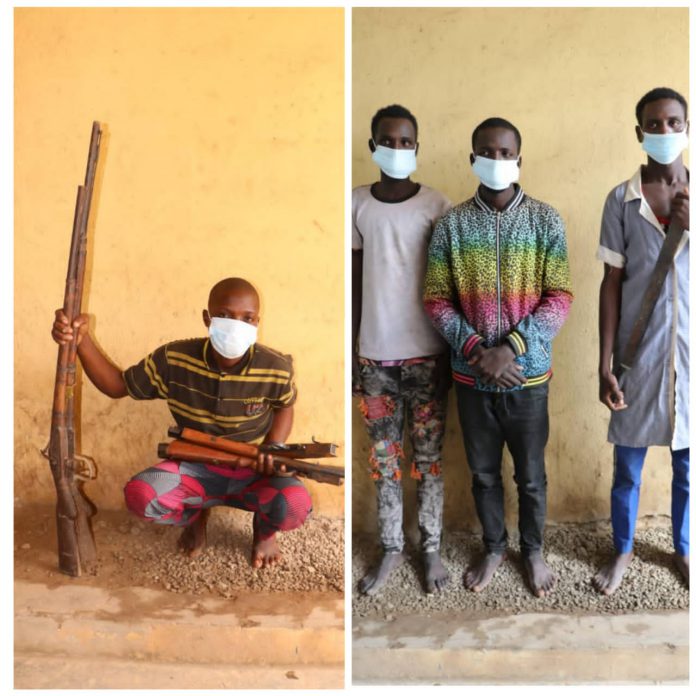 The Police in the Federal Capital Territory (FCT) has arrested one Matthew Vaaswem ‘m’ 30years who is suspected to be supplying firearms to suspected kidnap syndicates operating along Tungan Maje in the FCT and Gawu axis of Niger State.

The police said Vaaswem was arrested at Tipper-Garage, Gwagwalada by eagle-eyed operatives of Gwagwalada Division and he has confessed to committing the crime.

A statement signed by FCT PRO, ASP Yusuf Mariam added that preliminary investigation revealed that the suspect belongs to a gun-running syndicate, adding that efforts are in top gear to arrest some of the fleeing suspects.

Relatedly, on 19th August 2021, the police said operatives of the Command’s Anti-Kidnapping Squad in a Joint Operation with Vigilantes and Hunters rescued three(3) hostages along Sabon Gari and Shapete Villages of Kwali axis.

The victims who were taken hostage by armed men in the wee hours of Thursday were rescued during the Joint Operation. The victims rescued are: Amina Ahmadu ‘f’ 20years, Furaira Yahaya ‘f’ 27years and Jahori Umaru ‘m’ 35years.

In another development, Police Operatives from Gwagwa Division arrested three suspected armed robbers. The suspects one Idris Ibrahim 21years, Adamu Husseini 19years and Mohammed Hassan 19years all-male, met their waterloo while attempting to break into their victim’s residence in Gwagwa.

She added that the suspects further confessed to being responsible for terrorizing the Gwagwa axis. Exhibits recovered include one (1) cutlass.

The suspects will be arraigned in court upon the conclusion of investigations.