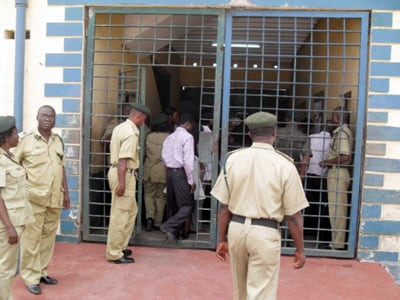 Four herdsmen that were held in custody at the Jos Maximum Prison in Plateau state have reportedly escaped.

It was gathered that the fleeing inmates escaped in the earlier hours of Thursday, July 8.

The escapees were arraigned before a Barkin Ladi Court sometime last year. The herdsmen stormed the court and overpowered correctional warders before five of them escaped. Four of them were re-arrested after intensive search by security agents.

However, the unrelenting inmates escaped again, this time with the alleged connivance of an insider.

The spokesman of Plateau Correctional Centre, Geoffrey Longdien, who confirmed the escape said efforts were being made to rearrest the fleeing inmates.