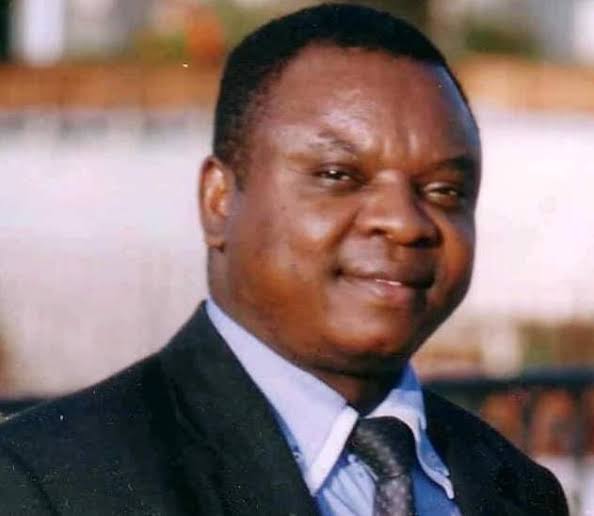 The Ebonyi State Police Command has arrested a lecturer, Prof Felix Anyaegbunam, who works at Alex Ekwueme Federal University, Ndufu-Alike Ikwo, for allegedly defiling a 12-year-old girl in the state.

It was gathered the suspect had sexually assaulted the victim for the past six months.

According to reports, the 12-year-old victim, a native of Ezza North Local Government Area of the state, lived in the suspect’s house with her father, who serves as his gateman.

According to PUNCH Metro, a source disclosed,, “An alleged child violator, Felix Anyaegbunam, a professor of Geophysics working with Alex Ekwueme Federal University Ndufu Alike Ikwo, in Ebonyi State, is now in the police net. He is from Anambra state. His wife is also a professor at the University of Nigeria, Nsukka and most of his children are Doctoral Degree holders according to research.

“A few days ago, a whistleblower brought a report against the professor leading to his arrest and detention yesterday by the police. He is being accused of constant sexual abuse on the 12-year-old daughter of his gateman. The victim is from Ezza North LGA of Ebonyi State. However, she has been rescued and is currently receiving proper medical examination/attention.”

The victim who recounted her experience while living with the suspect, disclosed that the lecturer assaulted her sexually for more than six months.

“I was living in the village with my mother. My daddy brought me to live with Prof in Abakaliki. Since June this year, the Prof has been disturbing me. He always comes into my room and does what I don’t like.

“One day around 2am, I ran to my father at the security house and told him that Prof was pressing my breast. My father told me to go back that he will talk with him in the morning. Sometimes, I will wake up and see myself naked.

“The other day, somebody was touching me at midnight. I woke up, put on the light and saw Prof lying on my bed naked. He tried to touch me but I slapped him and pushed him out of my room. I was crying.

“One day, I woke up and my bed was soaked with blood. I didn’t know what happened. I told my father in the morning but he didn’t do anything. He used to tell me that if I leave Prof’s house, who will pay my school fees? That is how the Prof has continued to disturb me until I told my aunty in the school because I don’t like that nonsense Prof is doing.”

The Police Public Relations Officer, in the state, Mrs Loveth Odah, who confirmed the incident said:

“The suspect of the alleged case of rape is in Police custody now. The CP has ordered a discreet investigation into the matter, we are while awaiting the medical screening/report of the victim.”