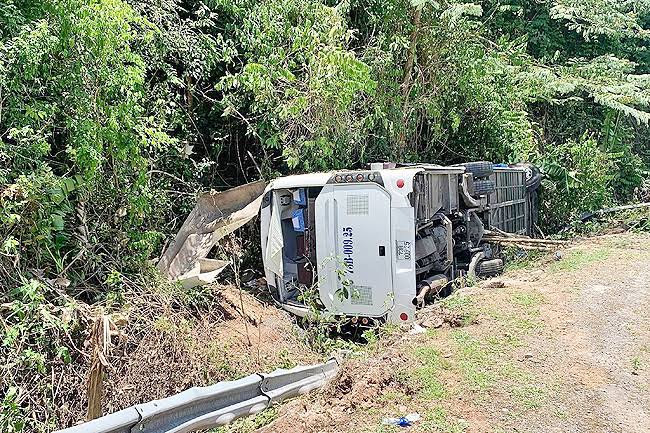 What was supposed to be a jolly school reunion have ended up being a fatal case as a bus carrying the alumni crashed and flipped over on the highway leaving over a dozen passengers dead and many injured in Vietnam.

In line with the state media report, “the nearly 40 passengers on the bus were classmates from Dong Hoi High School who were travelling to visit the area in central Quang Binh province for the 30th anniversary of their graduation.

“But the driver lost control on a sharp turn on the highway.”

“People on the coach said that when the coach was travelling down the slope, there were signs the brakes were broken,” reported Tuoi Tre newspaper.

Images shared on news websites showed a bus on its side in a gutter by the asphalt road, with bystanders looking on as rescuers tended to the injured.

Check out Some Makeup Free Photos of Kim Kardashian